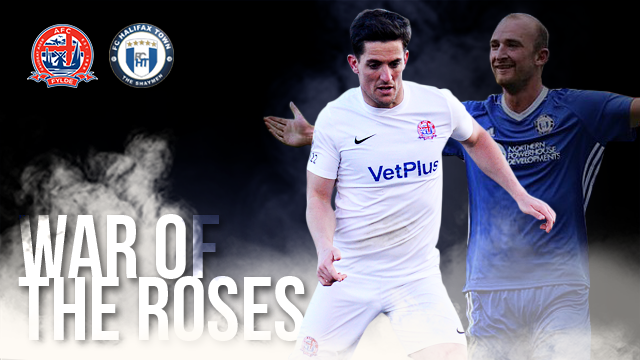 AFC Fylde will be hoping to kick-start their Easter Weekend with a crucial victory over Halifax tomorrow afternoon.

The Coasters lost ground on the play-off pack last weekend following defeat at Dagenham & Redbridge and trail the promotion places by five points.

However, positive results during the week means the Coasters now have a game in hand on seventh-placed Dover Athletic after they were beaten by Eastleigh.

Bromley and Ebbsfleet Town are hot on Fylde’s heels and sit just four and two points behind respectively, with games in hand.

The double-header weekend could prove pivotal in the race for promotion with the Coasters set to travel to Barrow on Monday.

Fylde have been in fine goalscoring form at Mill Farm of late, netting 13 times in their last three outings, however they let a two-goal lead slip in the dying moments last time out at home to draw 3-3 with Hartlepool United.

Striker Danny Rowe will be keen to cement his place at the top of the goal charts and add to his phenomenal 22 National League goals this term – five more than any other player.

Fellow promoted side Halifax enjoyed a bright start to the campaign, however an awful run of form and just one win in 19 saw them plummet and resulted in the departure of manager Billy Heath.

Former Notts County boss Jamie Fullarton was brought into to steady the ship and remains unbeaten over his five games in charge.

The Shaymen now sit seven points clear of the drop zone and look all but safe.

Whilst Fylde secured a double over their rivals last season on the way to National League North glory, Halifax hold the bragging rights this time around after a 2-1 victory at The Shay back in September.

Rowe gave the Coasters the lead shortly after the break with a sublime finish, however old foe Tom Denton bagged twice to complete the comeback in Yorkshire.

Team news:
AFC Fylde: New man Jake Lawlor will be hoping to make his Fylde debut after recovering from an injury that has kept him out since New Year’s Day, whilst left-back Zaine Francis-Angol comes back into contention after returning from international duty. Midfielder Sam Finley serves the third game of a three-match suspension.