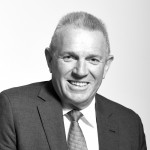 Club Chairman David Haythornthwaite, good friend of President Dai Davis, is a successful local businessman and Chairman of the Tangerine Group. His first involvement with the club came as Main Sponsor Vetplus in 2006 and his involvement grew into the development of a new era of AFC Fylde which kicked in after the club’s greatest day as Kirkham and Wesham Football Club winning the FA Vase at Wembley.

He brings ambition, drive and professionalism to the club in its long-term bid to be in the Football League by 2022. With David’s investment and sponsorship the club have gone on from strength to strength and the club’s development since his involvement has taken the club to the next level. Roles were reversed with Dai Davis in the summer of 2011.

David has overseen the rise through the leagues as Chairman and has invested wisely in all areas of the club, including the Mill Farm project. 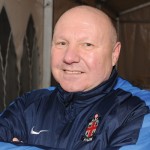 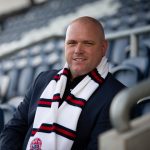 AFC Fylde confirmed the appointment of Jim Bentley as the club’s new Manager on October 28th 2019.

Jim Bentley joined the Coasters after a 17 year affinity with Morecambe FC, first as a player, and then as a manager, where he took up the reins back in May 2011.

Bentley joined Morecambe as a player in 2002, making over 300 appearances for the Shrimps, leading them to promotion to League Two as captain.

Following his playing career, Bentley stepped up as Manager for the Shrimps – a job that would see him become the longest-serving manager in the top four English leagues, serving eight years and five months in the post.

Despite always being “the favourites to go down”, Bentley defied the odds season after season to keep The Shrimps in the Football League.

Bentley is joined at Mill Farm by his long-term assistant Ken McKenna, and Goalkeeping Coach Lee Jones, all signing contracts that run until the end of the 2021/22 season. Bob has had a long association with the Club and was rewarded with a long service award in July 2009 from the Lancashire Football Association recognising his services to football. Bob has also performed various roles at the club including catering, ground improvements and Club Secretary culminating in a busy season in the FA Vase in 2008 before taking the Match Day Secretary role this season. He is also the Development Officer for the West Lancashire Football League. Bob still spends much of his spare time down at Kellamergh Park providing assistance with our ongoing ground developments.

His day to day jobs include making sure the match-day team sheet is completed on time as well as timekeeper. He is a well respected member within the A.F.C. Fylde community. 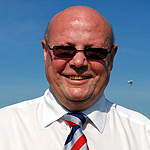 Involved with Wesham, then Kirkham & Wesham and finally with AFC Fylde for almost forty years. Performed every office you can thing of and currently Chairman of the Trustees for the Community Foundation and Club Welfare Officer. 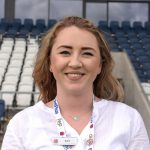 Katie joined the team in April 2019, and was straight into the thick of things, with two trips to Wembley to organise for the Fylde faithful.

Her experience before joining AFC Fylde included working for Kukri Sportswear, which she started after completing Graphic Design at the University of Huddersfield.

The Fan Liaison role is a new one at AFC Fylde, but one which is crucial for a growing club such as ours.