Whilst AFC Fylde were in FA Cup action at Plymouth on Saturday, there were several games taking place in the Vanarama Conference North with some interesting results.

Barrow missed the chance to put daylight between themselves and The Coasters as they could only draw at Hednesford Town. Jason Walker’s goal just after half time was cancelled out by Danny Glover’s strike just after the hour mark. The result leaves Barrow two points ahead of Fylde having played a game more. Hednesford are up to 7th.

Chorley lost ground on the leaders after a 2-1 home defeat by Boston United. Boston, fresh off the back of their victory over Fylde took the lead when Dayle Southwell scored his tenth goal of the season, before Kaine Felix doubled the visitors’ lead. Mark Ross volleyed home from a corner to half the defecit but Boston held on and they now move up to 5th, just one place below their opponents.

Gloucester City are slowly improving and won for the second successive game as Tom Webb’s first minute goal was enough to beat Harrogate Town at Whaddon Road. Gloucester still sit third bottom but are now only six points off the top half of the table. Harrogate remain 13th on 19 points.

Gainsborough Trinity won at Hyde to distance themselves from the bottom two whilst Hyde’s woes continue.  Simon Russell’s goal secured all three points for Trinity after Adam Blakeman’s equaliser had cancelled out the opener from Paul Beesley. Gainsborough move up to 15th whilst Hyde remain rock bottom on seven points and eight points from safety.

Javier Rodriguez’s goal gave Oxford City the lead against Stalybridge Celtic before Liam Dickinson equaliser for the visitors on the half hour mark. The game stayed as it was and both sides came away with a point. The result leave Oxford City in ninth whilst Stalybridge are now three points from safety in 21st.

Stockport County left it late to beat Brackley Town at Edgeley Park. County went infront on the hour mark through Richie Baker but didn’t account for Mitch Austin’s equaliser for the visitors with just 15 minutes to go. In stoppage time Scott Spencer won the game for the Hatters who leapfrog Oxford City into eighth position whilst Brackley are still insecure in 17th.

Finally, Tamworth and North Ferriby United shared four goals at the Lamb Ground. Nathan Jarman’s early penalty and Tom Denton’s goal gave the Hull side a two goal lead at half time but Shane Clarke and Dominic Smith hit back for the Lambs who remain 19th in the table whilst North Ferriby stay tenth. 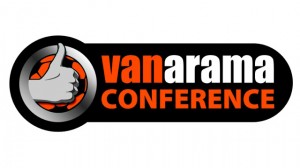