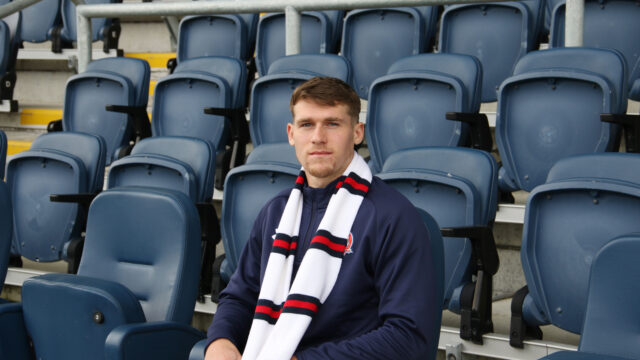 Reagan Ogle: “Promotion is the aim, and I want to be a part of that”

Reagan joined Jim Bentley’s side earlier today, and is eager to impress during his time at Mill Farm. With vast experience in the National League North under his belt, the Australian is raring to go and has high hopes for the season ahead.

The 21-year-old defender told afcfylde.co.uk: “I’m delighted to be here, and I’m ready to go. I want to help the boys keep the run going first and foremost, and then help this club progress up the leagues- there’s no way this club should be where it is.

“I like to think I can provide something different. I’m very aggressive and direct going forward, with a long throw in my locker, so I like to bring that out now and again. More than anything though, I will always give everything.”

The defender admitted that he had been keeping a close eye on AFC Fylde’s positive start to the campaign, and that the high expectations are what attracted him to the club.

Explaining his decision to sign on loan until mid-January: “It’s obviously an ambitious club that wants to go as high as they possibly can. I feel that Fylde can go a lot higher, and the way that they have started proves that. Promotion is of course the aim, and I want to be a part of that.

Reagan spoke positively about his time at Southport, and believes the time spent playing at National League North level has equipped him with the tools to help AFC Fylde progress.

He said: “I know what this league is all about now, and what to expect. I came into it not knowing what it was all about, but the games that I’ve played will help the team.

Coaster’s, give our new recruit a warm welcome – @Reaganogle