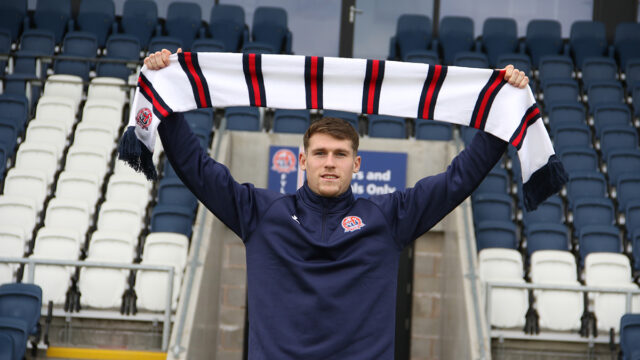 We are delighted to announce that Reagan Ogle has joined AFC Fylde from Accrington Stanley, on a loan deal until January.

Ogle, 21, is an Australian-born full-back who has progressed through the Accrington Stanley academy, going on to make his Reds debut back in November 2016 in an EFL Trophy fixture vs Wolverhampton Wanderers.

Since then, the versatile defender, who is capable of playing right-back and left-back, has spent time on loan at Ramsbottom United, Wealdstone, and Southport.

Jim Bentley spoke of his delight at capturing the young defender. The manager said: “Reagan is a good young player, who can play full back either side. He has good experience at this level with Southport which is important. We need competition all over the pitch and Reagan will certainly give us that. He’s an honest, hard working individual and I’m grateful to John Coleman and Accrington for allowing us to take Reagan on loan. We are very much looking forward to working with him.”

Reagan will be available to face Altrincham in the FA Cup on Sunday, if selected.