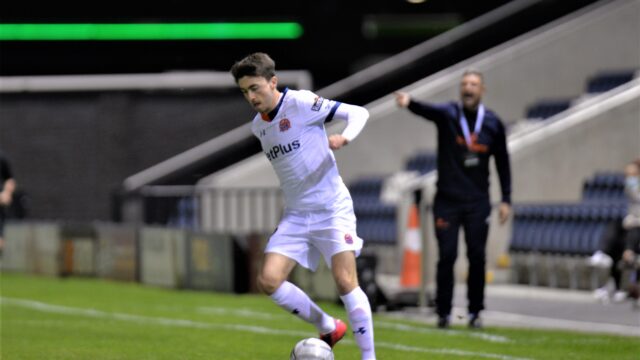 Luke Burgess has returned to Salford City after being recalled by the League Two club.

The club can confirm that Salford City have recalled winger Luke Burgess from his loan spell at Mill Farm.

The 21-year-old featured four times for The Coasters this season, three of those coming in the FA Cup and one in the National League North.

Burgess scored three goals for the club. His first came in the club’s 4-2 FA Cup Second Qualifying Round win away at Hyde United at the start of October. His other two coming in the FA Cup Third Round Qualifier vs Farsley Celtic.