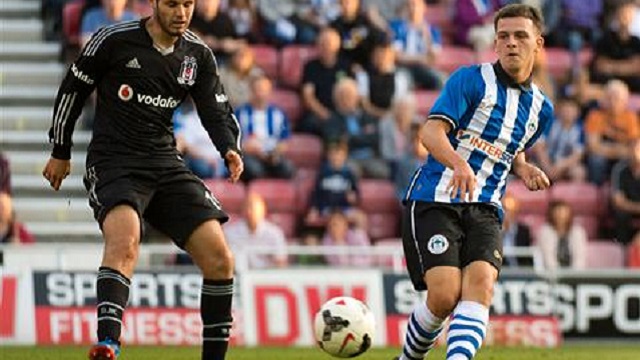 The 21-year-old spent time on loan with Accrington Stanley, Cheltenham Town and Grimsby Town last season, winning promotion from the National League with the Mariners before being released by Wigan in June.