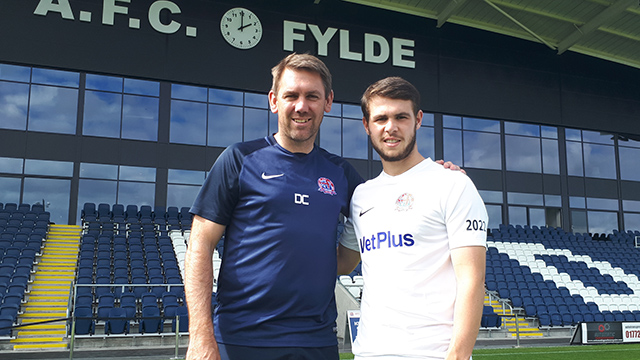 AFC Fylde manager Dave Challinor was delighted to finally land a long-time target with the capture of full-back Luke Burke.

The Coasters signed 19-year-old Burke on loan until the end of January and Challinor believes the signing has come at a good time.

“Luke is one that we have had our eye on for a while. We enquired about him this time last year but he was in their first team and played the first few games of the Championship season.

“We have kept an eye on him ever since and enquired about him again a month ago.

“Once Wigan were knocked out of the cup, he became available and we were finally able to get the deal done.

“This comes at a good time because we need cover in the full-back positions. He will more than likely got straight into the team. Zaine Francis-Angol is struggling with a hamstring injury so it is good to have options because, like most full-backs, he can play on both sides.”