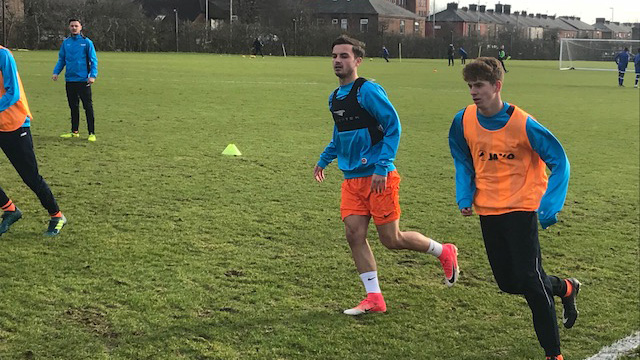 AFC Fylde Manager Dave Challinor was delighted with the performance of his much-changed side as they saw off League One side Oldham Athletic.

However, Challinor now admits he may have some difficult decisions to make for the visit of Eastleigh at the weekend after a 3-1 victory in the Lancashire FA Senior Cup quarter-finals.

Challinor said: “It’s was a brilliant run out. I wanted the lads who haven’t been involved as much to give me selection problems.

“I wanted them to make sure I couldn’t leave them out at the weekend and in fairness they have done that, they were all brilliant.

“Everyone will take something from the game, whether it be the young lads being involved in the senior set up or the experienced lads getting a run out.

“The performance, on a horrible pitch, was outstanding. We scored three goals and it should have been more. These games are all about attitude and every single one of them impressed me.

“Oldham created very little against us and even when we did go behind, we showed even more spirit and determination.

“Henry (Jones) is a little ahead of James (Hardy) in terms of fitness, but they will both be like new signing for us in the very near future. They have to keep plugging away and give me some decisions to make, but overall they were fantastic, as was everyone.”