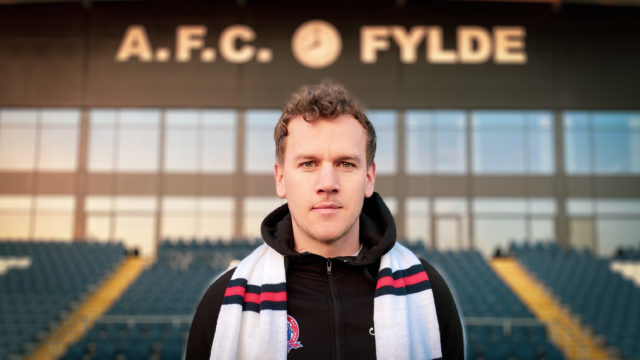 AFC Fylde have completed the signing of defender Tom Miller – who joins the Coasters until the end of the season.

Miller, 29, who was most recently at Bury, has a wealth of experience – clocking up just short of 100 Football League appearances for Carlisle United.

Before his time at Carlisle, Miller spent four seasons at Lincoln City, playing 129 times and scoring on 11 occasions.

With the Coasters facing an important few months ahead to secure National League status, Miller is hoping his experience can help make a vital impact.

“I’ve played plenty of games, both in the league and in the conference too – and I know how tough it is, probably just as tough as League Two,” said Miller.

“We’re in a relegation fight, and it’s not a nice place to be, but it’s one that we all need to rise to and look forward to.”

“I’ve played quite a few seasons at right-back, played a lot of games centre-back, and whilst at Carlisle often filled in at left-back.

“I can also play in centre-midfield when needed, so I am quite versatile – but first and foremost I’m a defence minded player.”

A Point To Prove 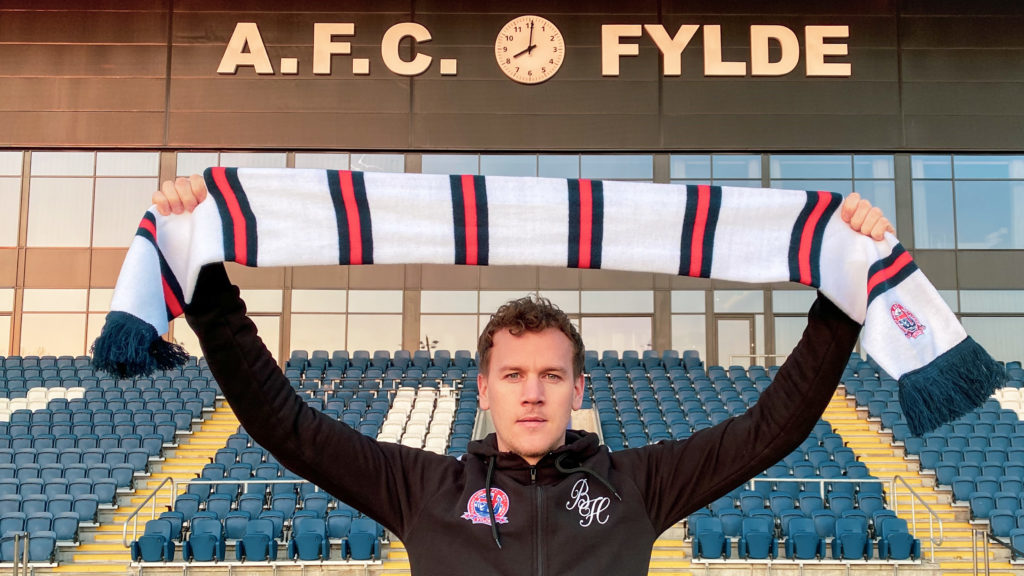 Coasters boss Jim Bentley is more than pleased with his recent acquisition, and knows that Miller will be keen to make an impression.

“He’s been at Bury whilst they’ve had their problems, and has since been at different clubs training, so he’s fit and well,” said Bentley.

“We’ve seen him a lot in the past, and have been impressed by him and his versatility to play across the back.”

“He gives us a few options, but also he has a point to prove himself. He’s been in a promotion campaign with Bury, so this is a chance to get him back playing.”

“He’s got good attributes, good strengths, and we’re sure that he’ll be a success for us.”

Miller will wear the number 14 shirt for AFC Fylde, and will be available for tomorrow’s trip to Dorking Wanderers in the FA Trophy.

All match information for the clash can be found here.