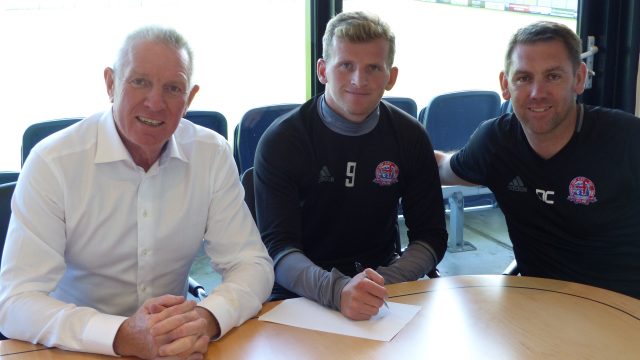 AFC Fylde are thrilled to confirm that star striker Danny Rowe has signed a new two-year contract at the club with the option of a further year.

The new deal extends Rowe’s stay at the Coasters until 2019 having been at the club since the 2014/15 season.

Since joining Fylde, Rowe has been a goal scoring sensation for the Coasters, scoring at least thirty-one goals in each of his three seasons at the club so far including 50 strikes in all competitions as Fylde won the National League North title by six points last term.

The 28-year old is now just three goals short of breaking Richie Allen’s all time scoring record for the Coasters of 119 goals.