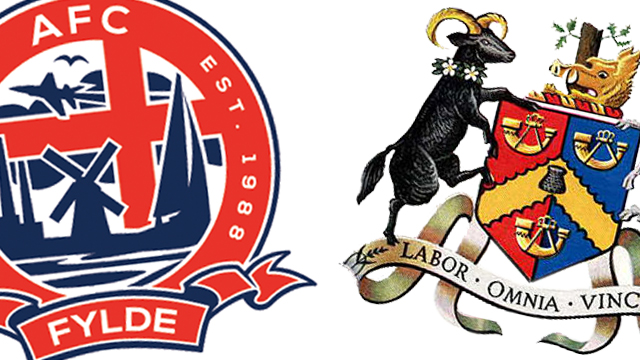 Danny Rowe had given the Coasters the lead moments before but now the match will be replayed at a later date.

Bradford captain Simon Ainge created the first opportunity of a quiet opening when he rose highest to connect with a corner, but his powerful header was well wide of the left-hand post.

Fylde were agonisingly close to taking the lead on the 13th minute when Charles raced down the right and cut back to Rowe. The frontman’s touch was off but Sam Finley nicked the loose ball and fired just wide from 12 yards.

Rowe himself fashion the next chance when he found space on the edge of the area, however his left-footed attempt was weak and comfortable for Jon Stewart in the Bradford goal.

The rain was really starting to come down as the game approached the 20 minute mark and play was inevitably suffering.

Darren Thornton attempted to brighten up proceedings but his free-kick from the edge of the Fylde area was well over.

The match finally sparked to life in the 27th minute when the referee awarded a penalty to the home side for handball. Rowe stepped up and made no mistake from 12 yards, emphatically smashing the ball into the bottom left hand corner for his 32nd goal of the season.

The rain was unrelenting and the referee soon deemed the pitch unplayable and the match was abandoned shortly after the half-hour mark.