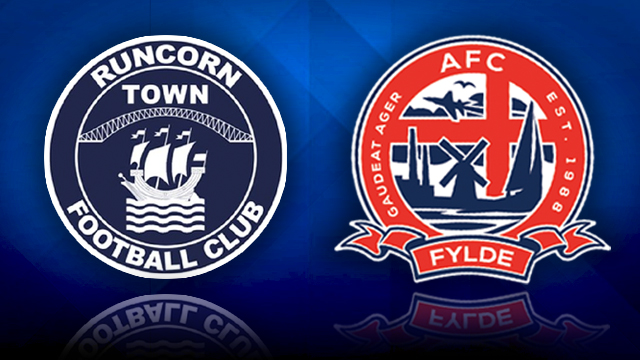 The Coasters travel to Runcorn Town in the fourth warm-up match of pre-season.

Dave Challinor’s side drew 3-3 at the weekend in an entertaining match against Nantwich Town with goals from Danny Rowe, Sam Finley and Matt Blinkhorn completing a fine comeback after the Coasters fell three goals behind.

Runcorn, of the Hallmark Security League Premier Division, have enjoyed a successful pre-season so far. After a 3-1 defeat against Portuguese XI in their opening match, Town have racked up three successive victories over Brickfield Rangers, Denbigh Town and Airbus UK Broughton.

Fylde midfielder Richie Baker and summer signing Andy Bond both made their first appearances of pre-season at the Weaver Stadium last time out. Baker got 60 minutes under his belt whilst Bond played the full match at centre-half.

Challinor said: “It was a tough one because ultimately with Andy and Richie we needed to get them minutes. They’d missed out with little niggles throughout pre-season. Steve Williams missed out with a slight niggle. Nothing serious, he could have played but we decided it wasn’t worth it and Josh Langley played 90 minutes against Rochdale last Tuesday which was a tough game.

“In terms of ‘would they be fit to play tonight?’ yeah of course they would. This week in training will dictate what type of a team we send really. Again, we’re looking at different things and it really depends on what we do through the day-time next week as to who we send there. It could well be a mixture of first time lads and younger lads to get them some minutes. A lot will also depend on what deals we can get done with players in certain areas between now and Tuesday.” 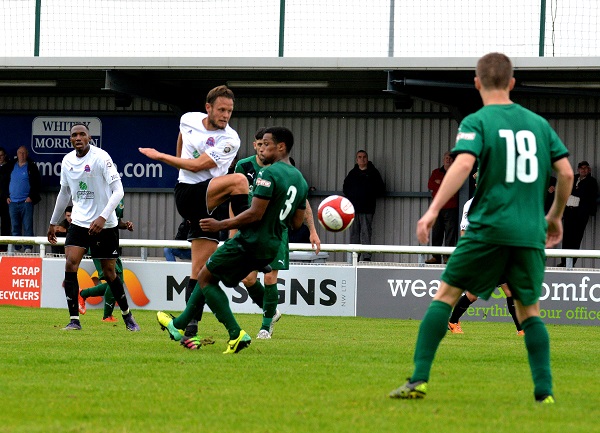 M56 Junction 12. Head towards Liverpool. Come off at fourth exit (Runcorn Docks), turn left at the top of slip road, left at T-Junction, then left into Pavilions.

M62 Junction 7. Head towards Runcorn. When crossing Runcorn Bridge, stay in the right hand lane towards Chester. Follow road around and come off at second exit (Runcorn Docks). Turn right at the top of slip road, left at T-Junction, then left into Pavilions.