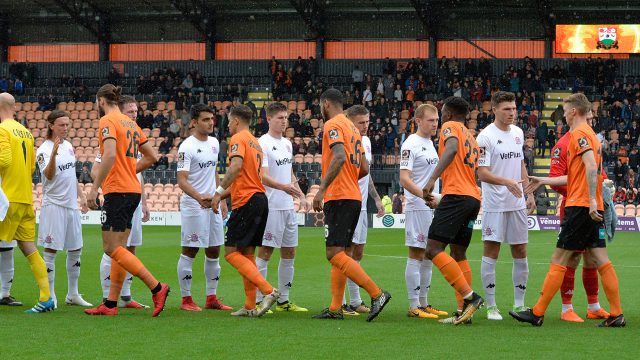 A quick turnaround in fixtures sees The Coasters back in action on Tuesday night under the lights at Mill Farm.

Barnet are the visitors in a rearranged game where Fylde will be hoping home comforts can propel them to victory against The Bees.

With only two games being played on Tuesday, a chance to push on up the table and gain points on teams above will be something both sides have in mind. This is the second season Barnet have played in the Vanarama National League with last season being their first after suffering relegation from the EFL.

After finishing mid-table in 2018/19, The Bees will be looking to kick on this season and so far, they have been in very good form, sitting ninth and just two points off the playoffs.

Darren Currie is once again guiding the team this season and the start his side has made is one he can be proud of.

Barnet will be hoping they can record their first win in three matches, after losing to Ebbsfleet, and drawing with Solihull Moors. This weeks one to watch is midfielder, Simeon Akinola.

The Nigerian midfielder is the club’s top goal scorer so far this season with a total of five goals in 13 appearances.

He has featured in all 13 games that Barnet have played and he looks set to make his 14th appearance against the Coasters on Tuesday night.

Akinola signed for Barnet from Braintree Town in January 2017 and has gone on to make 38 appearances, scoring 11 times.

He’s a versataille player, and has recently partnered Alfie Pavey in attack, taking on a role just off of the new number 9.

This will be the fourth time the two sides have met, but only the third in the National League.

There is only one other fixture in the National League, as the two teams contesting in the SPFL Tunnock’s Caramel Wafer Challenge Cup catch up with games in hand.

You can follow the game via Twitter as we provide regular updates, and post-match interviews and more.

The commentary team will bring you pre-match build up, full game commentary and both half and full-time reaction.