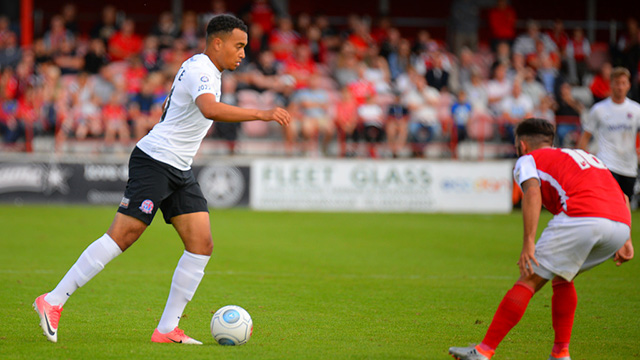 In a new feature, AFC Fylde stars pick three guests, a mouth-watering menu and their choice of entertainment for a ‘Dream Dinner Party’. Next up … full-back Josh Ezewele.

The best basketballer around for me. I follow basketball and support Golden State, although LeBron doesn’t play for them. In my opinion he is probably the best athlete out there in any sport. I’d like to hear about his lifestyle and about how he keeps himself in such good shape.

I follow boxing too and Mayweather is probably the best ever. The fight with McGregor is an easy one to call – Mayweather all day. I’m a fan of McGregor too but he has no chance in this one. I think it’s a bit pointless really, but I’ll still pay to watch it! My favourite Mayweather fight was probably the one against Ricky Hatton. I stayed up late to watch the Manny Pacquiao fight too.

It would be pretty cool to chat to the fastest man in the world. I’d like to hear about his day-to-day life and what he has to do to maintain his performance levels.

I’d have pitta bread and hummous from Nando’s. I go there quite a lot and that’s what I usually get.

Oreo ice-cream. I love ice-cream so this one is an easy choice.

It would be good during the meal to have a bit of John Legend, he has a great voice. Afterwards I would get Drake to do something a bit more uplifting for the entertainment.