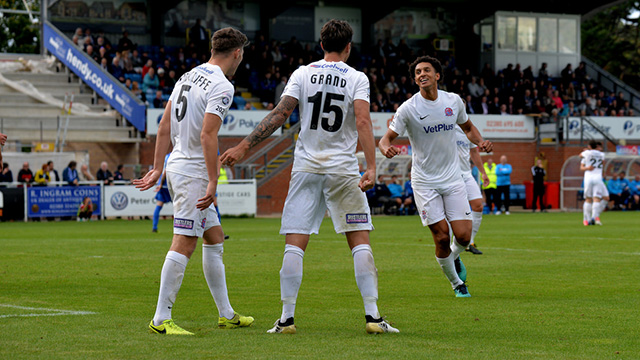 “We must keep believing” – Challinor

AFC Fylde manager Dave Challinor insists his side must keep believing after four games without a win in the National League.

The Coasters twice came from behind to draw 2-2 at Eastleigh yesterday and Challinor believes recent disappointments have taken the shine off a good point.

“The game was pretty synonymous of our whole season. It’s frustrating because in most circumstances that would be deemed as a good point.

“It’s a long way to travel but the results we have had in previous weeks haven’t allowed it to be as good a point as it should be.
“Both sides will feel like they should have won the game. We had some really good opportunities and did everything we could to win the game but it just didn’t go for us.
“Rowey had five or six attempts in the second half and somehow none of them have gone in. That happens and we have to keep believing that we can break this cycle. Hopefully at some point things will start going our way.
“Don’t get me wrong, we still need to improve but they are only little things. It’s the little things that make a dig difference at this level though.
“If you can’t win then not losing is the next best thing and that was important after the disappointment of Tuesday night at Macclesfield.”