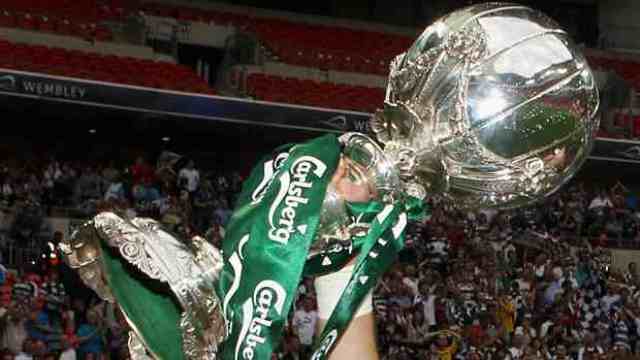 AFC Fylde travel to FC United in the FA Trophy Third Round on Saturday at the Tameside Stadium looking to go one step further in the competition for the first time in their history.

This third round tie is being played at Curzon Ashton’s stadium, the Tameside Stadium, and kick off is set for 3pm.

The Coasters have won their last eight games in the league and are on a run of 10 straight wins in all competitions after that 4-0 victory over Telford on Tuesday night.

Fylde have a 100% winning streak in 2015 so far, winning all five of their games in all competitions, while FC United have won four of their five games this calendar year.

The Coasters beat Barrow, Solihull, Oxford City, Lowestoft and most recently Telford on Tuesday night to maintain their winning streak, while FC United beat Trafford on New Years Day, followed by a win at Ashton United and further wins against Chorley and most recently, Nantwich Town.

Fylde have only lost four games in all competitions this season and will go into this game full of confidence that they can maintain that fantastic record which stretches back to the beginning of the season in August.

In this competition, Fylde had to overcome a tricky Hednesford Town side but came out 3-2 winners at Kellamergh Park and then went on to record a 3-0 home win over Gainsborough Trinity. And then, of course, The Coasters beat Telford to quality for the Third Round.

FCUM have won eight out of their last nine games in all competitions in a run that stretches back to the beginning of December, so with both of these teams being on form at the moment, we’re sure to be in for a classic.

They’ve beaten Padiham, Buxton, Barwell, Harrogate and Chorley to get to this stage which is already very impressive. The winner of this tie will advance to the final eight in this competition.

Please use turnstiles 1+3 for Concessions and Juniors tickets.

Please use turnstiles 2+4 for Adult tickets.

We’d like to see as many fans down at Curzon Ashton’s Tameside Stadium to cheer on The Coasters in their quest to go as far as they possibly can in the FA Trophy!

In the event of the game being drawn, a replay will take place at Kellamergh Park on Tuesday January 27th.