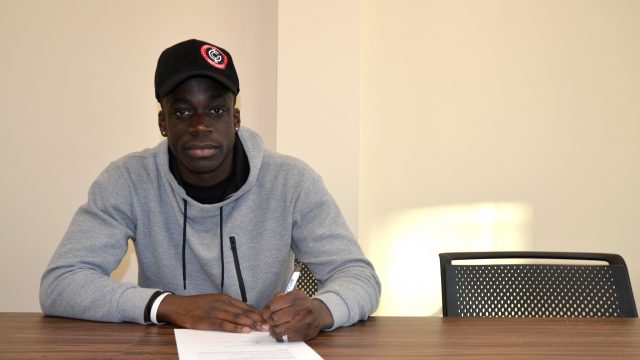 The Coasters have completed the loan signing of forward Arthur Gnahoua from Shrewsbury Town.

Gnahoua, 26, will join the Coasters on a loan deal which will run until the 14th January.

Gnahoua made 22 appearances last year for the Shrews, who went on to Wembley for the playoff final – missing out on promotion to the Championship only in extra-time to Rotherham United.

Netting goals in wins against Coventry, Doncaster and Aldershot last season, Gnahoua was snapped up by Shrewsbury on a free transfer in May 2017. 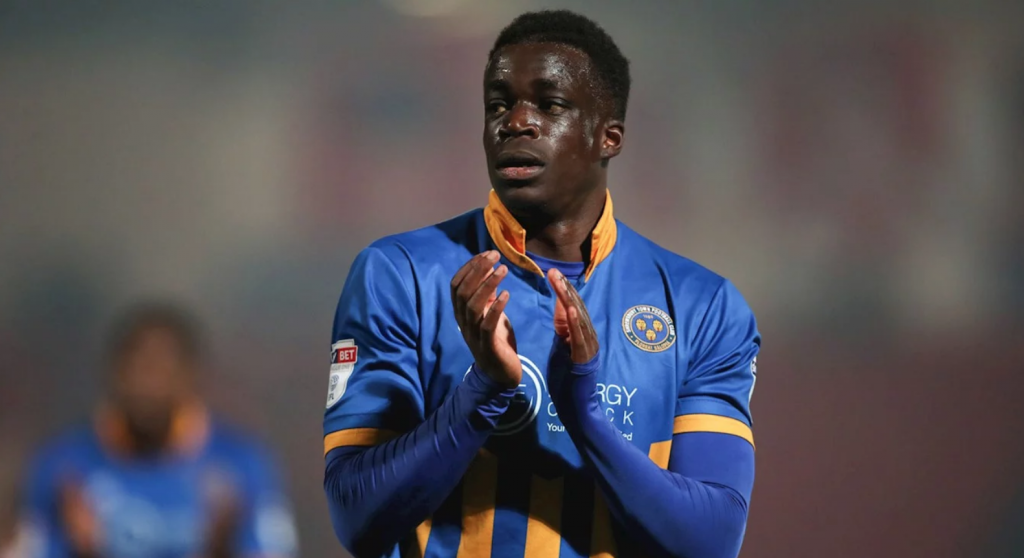 Gnahoua began his footballing career with Stalybridge Celtic in the National League North, before moving on to Macclesfield Town in 2012, where he made 34 appearances in the Conference National.

Following his time at Stalybridge, Arthur enjoyed an impressive spell with Kidderminster Harriers.

He notched 19 goals in 60 appearances for the Harriers, playing alongside current Coasters players Zaine Francis-Angol and Jordan Tunnicliffe.

“It will be good to play with Zaine and Jordan,” said Arthur. “Playing with them before was great, and there was a great team spirit, so I’m looking forward to joining up with them again.”

“For me, there’s nothing better than scoring,” Arthur said after his move. “So that’s my aim when I’m here, to get amongst the goals.” 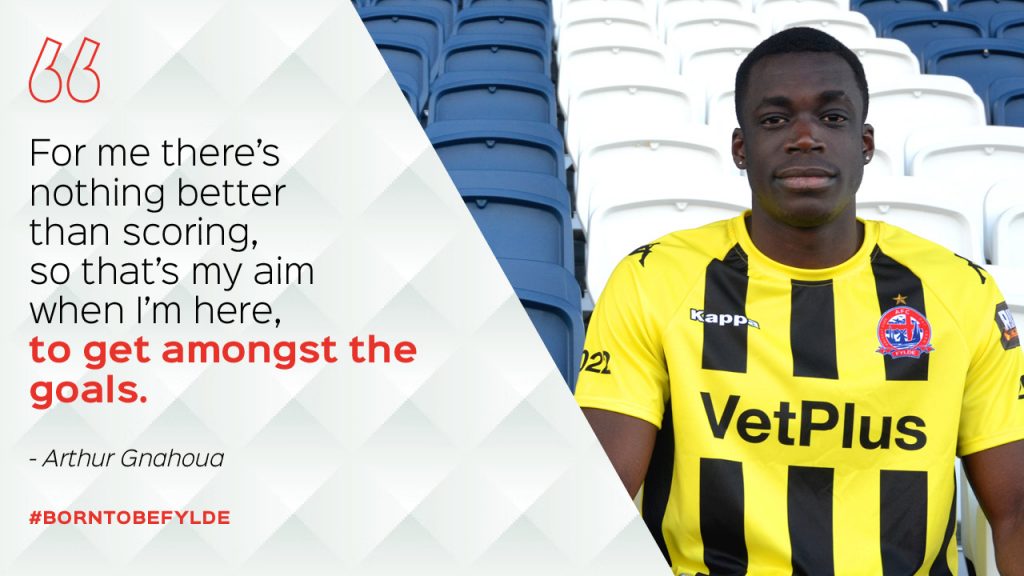 “The facilities here are great, and the players were very welcoming this morning at training – it wasn’t a long session, but it was good to bed in.

“I like to get on the ball and try to beat people and score goals – but hopefully I can give Danny Rowe plenty of chances to score too!”

“We tried to get him in on a couple of occasions actually,” said manager Dave Challinor.

“He’s a player with lots of ability that will provide us great flexibility.”

“He’s naturally strong on the left but he’s comfortable on the right too. He’s powerful, creative, and will add goals.” 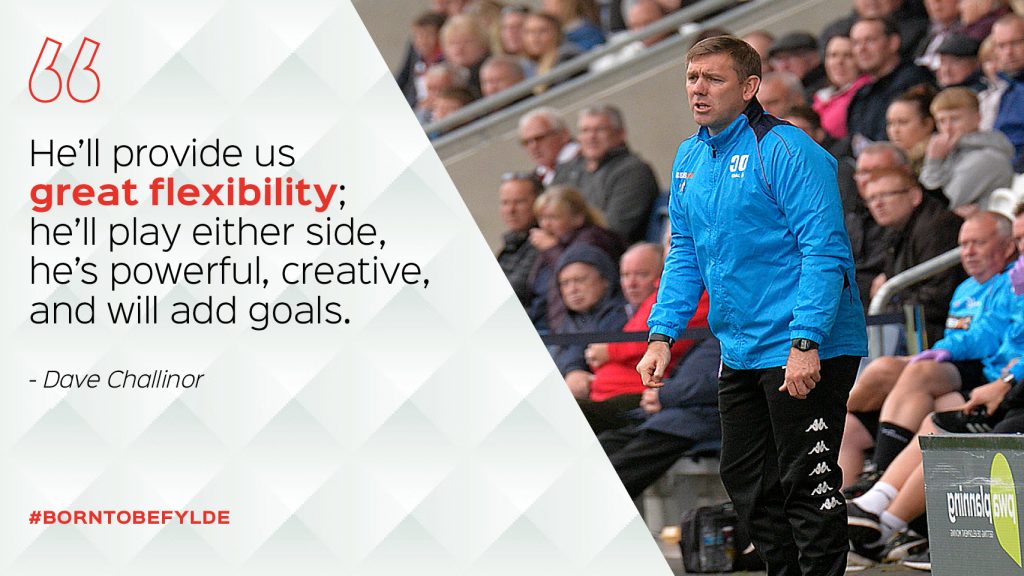 “What we’ve missed compared to last season is pace, either going beyond Rowey or stretching the game for him.”

“We’ve had to counteract this with playing Rowey slightly wider, but with his tendency to come to the ball we need someone to run beyond – and Arthur’s pace can offer just that.”

Gnahoua will join up with the squad for tomorrow night’s fixture with Hartlepool United, kick-off 7.45pm at the Super Six Stadium, and he will be available to the Coasters for selection.