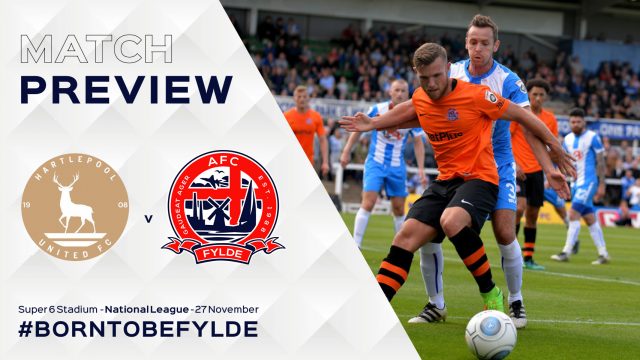 The Coasters come into this game in good spirit following a dramatic late turnaround at Mill Farm on Saturday.

Two goals within 68 seconds from Danny Rowe and Serhat Tasdemir saw the Coasters leave 2-1 winners when defeat looked the most likely outcome.

Hartlepool United have had less luck, and succumbed to their fifth straight defeat in the league on Saturday, losing 2-1 to Dover – a long journey to come away empty-handed from.

After a slow start, Hartlepool went on a run that saw them win six out of eight games, propelling them up the table.

This slowly faded though, and now Hartlepool find themselves on the worst run in the league.

Chairman Raj Singh has stepped to back the manager Matthew Bates and Director of Football Craig Hignett in the press.

“I think we have the right people at the club to keep building, pushing in the right direction.”

Last season was the first time that the Coasters had met Hartlepool United, and they enjoyed the occasion, taking four points from a possible six. 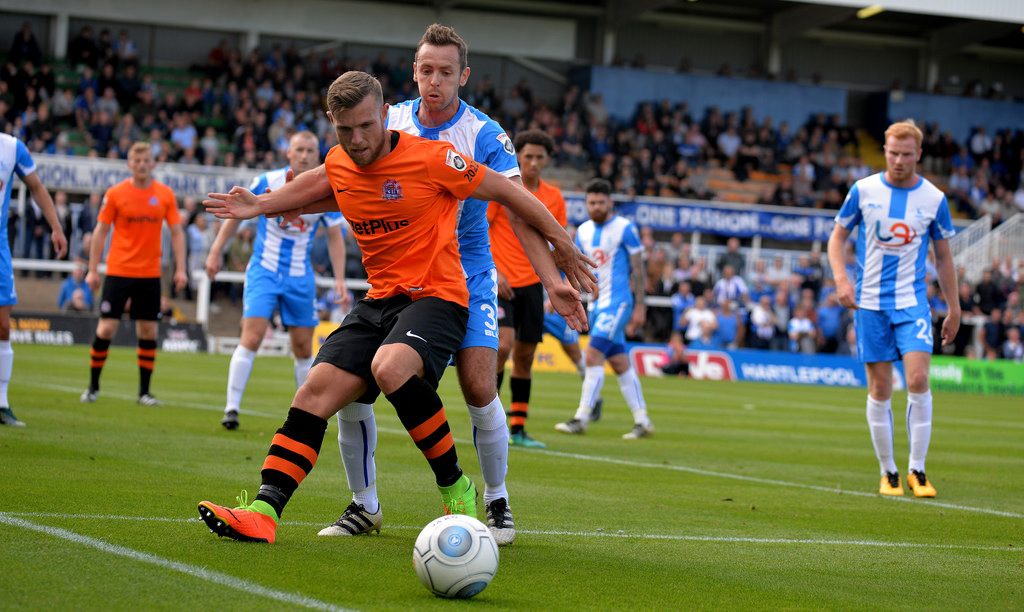 Controversially, Liam Noble was completely dropped for Hartlepool’s trip to Dover, after an altercation on the team bus on the way to the game.

Manager Bates made the big call to axe his midfielder – much to the dismay of fans, and Noble himself. Noble is expected to be included tonight, and with seven goals already this year from his 20 appearances, the leading scorer will be a welcome return to the struggling side.

Should he not fire, Niko Muir, who made the move from Step 3 side Hendon in the summer, will certainly prove a goal threat, with five to his name so far this season.

The referee for the evening will be James Oldham, who will be assisted by Mark Reeves and Kenny Hughes, with Asa Mcdonough the Fourth Official.

James Oldham oversaw the Coasters on our visit to Barnet earlier in the season, where we picked up a 1-1 draw, and three yellow cards were handed out. 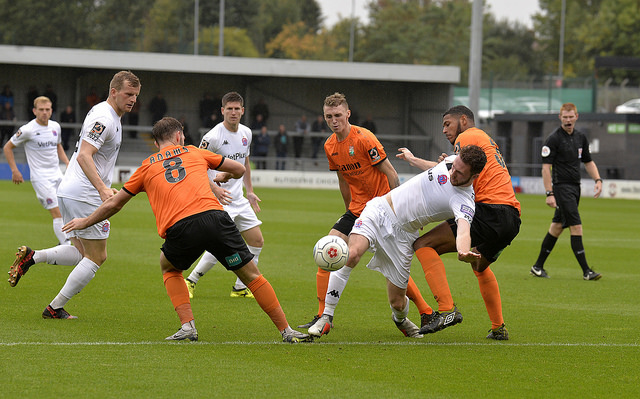 He’s only dished out one red card this season, which came on the opening day between Solihull Moors and Maidenhead – a second bookable offence in the closing stages.

After a massive win at Wrexham at the weekend, Leyton Orient host a struggling Aldershot Town, whilst second-placed Salford City will take on Harrogate Town, who sit just three points below them in fifth.

At the bottom, Braintree Town welcome eighth placed Sutton United to Essex. The Iron may fancy their chances of an upset, after The U’s were toppled by an out of sorts Maidenhead at the weekend.