GIVEN the stop-start nature of his season, it’s fair to say the last 10 days have been much more like it for James Hardy.

After a hernia injury kept him sidelined for five months, the forward joined Halifax Town on a short-term alone deal, making six appearances in around four weeks.

Since then, he’s kept the momentum up. Hardy is set to play his fourth game in 10 days at Leyton Orient tonight, having represented England C in-between the first and second legs of the semi-final against Stockport.

“To be fair, I’ve had quite a few months out injured, so I can’t complain that there’s a lot of games coming up,” said Hardy.

“My body is a bit stiff, as you’d expect, but I’m enjoying being back and playing again.”

“Halifax was good, I played a lot of games, and each game my fitness and performances were getting better,” he explains.

“It’s helped me get back in contention here, and it looks as if they’ll be safe now too, which is good.”

Hardy’s loan deal with Halifax Town was cut short in order for him to be available for both legs of the FA Trophy final, and on his return was handed a start in the Coasters side.

“The first leg against Stockport wasn’t the best to come and play in, conditions-wise, but looking back it was a great result, and one we could have lost.” 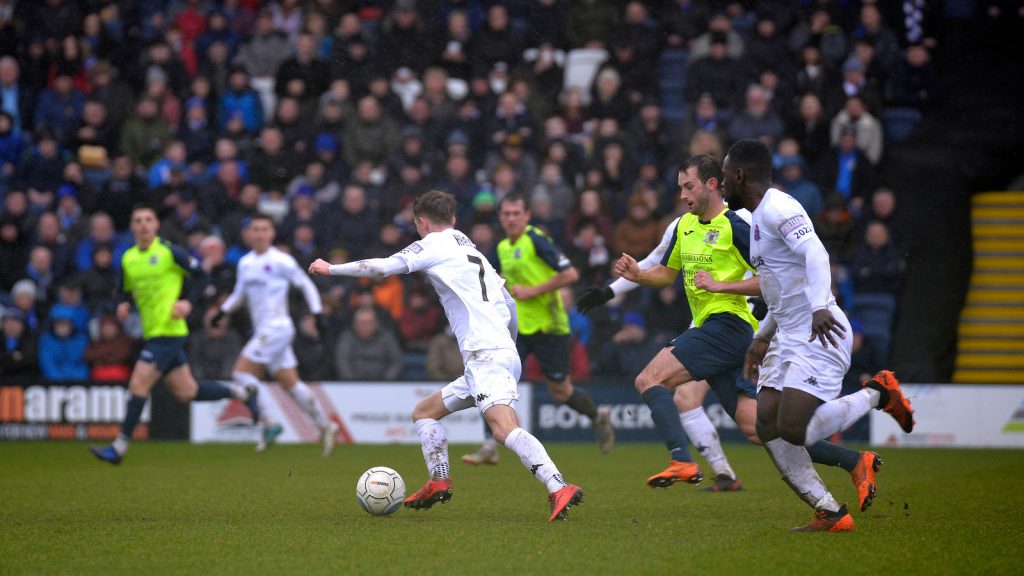 “It was one of those where we could have lost it 1 or 2-0, and made the second leg harder, but we dug in and helped set ourselves up well for the away leg.”

The second leg was a completely contrasting affair, with five goals shared in favour of the Coasters, culminating in a late Alex Reid winner that Hardy set-up.

“It was good to help the team and I thought we deserved the win,” he says. “I really enjoyed it, I got a lot of the ball.”

“It was class, and up there with when we won the league, the buzz in the changing room after was great.”

“I’m from Stockport area, so a lot of my friends and family were there, and I definitely wanted to beat them.”

The result set-up a clash with Leyton Orient on May 19th in the Buildbase FA Trophy final, a side that the Coasters face tonight in a massive clash in the Vanarama National League.

“This is the biggest game of the season, no doubt. If we want to go and win the league tonight then we have to win, or at least not lose it,” said Hardy. 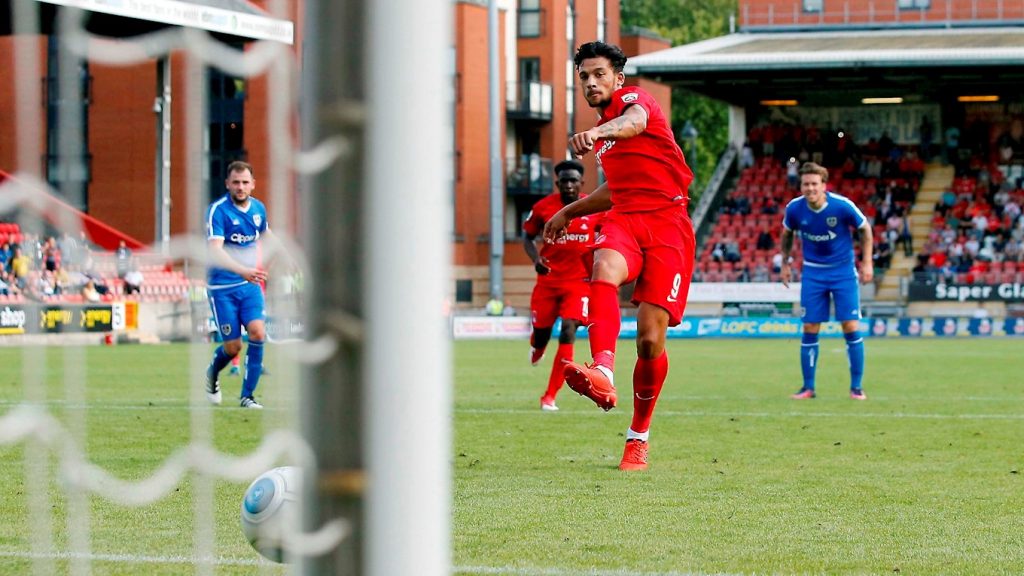 “They’re a good side, with great attacking players like Bonne and Koroma. Bonne almost has as many goals as Rowey, which is saying something.”

“If we limit their chances then, with the players we have up front, we have a very good chance of getting something. We’re 100% capable of doing it.”

The Coasters face Leyton Orient in a 7.45pm kick-off at the Beyer Group Stadium, and international fans can pay to stream it. Find out more here.