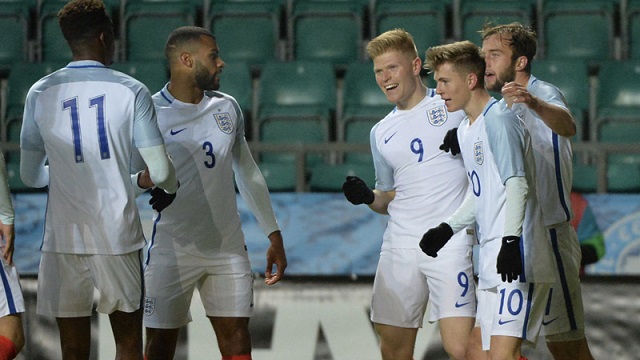 AFC Fylde star James Hardy made both goals on his international debut as England C won 2-1 in Estonia to reach the final of the International Challenge Trophy.

England need just a point to secure their place in the final and got off to a fantastic start when, after just 7 minutes, when Hardy clipped a great cross to the far post where Lincoln’s Elliott Whitehouse arrived on cue to power Paul Fairclough’s side ahead.

However, moments later Estonia were back on level terms. Woking stopper Brandon Hall made two good blocks but eventually the ball came out to Pavel Domov, who hammered home.

England found an instant reply three minutes later and once again, Hardy was involved as he slipped the ball through to Jamal Lowe, who lifted a shot over the keeper.

Estonia had nine players with full international caps, but England were more than equal.

England would have expected some late pressure, but they almost went further in front when Lowe went close before Bromley defender Jack Holland was denied by an instinctive block, while Rauno Sappinen headed over a good chance at the other end.

But, other than a sharp Hall save at the end, England defended and grafted all over the pitch to reach another ICT final and a trip to Slovakia awaits.