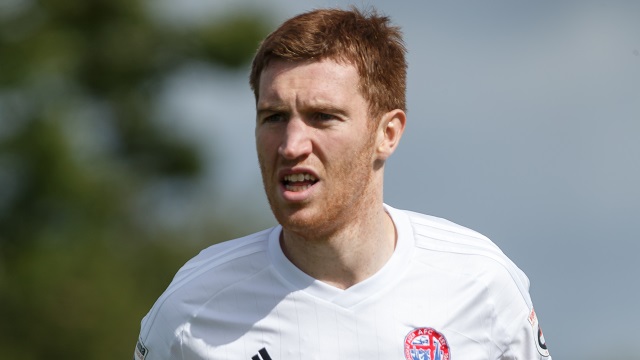 Defender Tom Hannigan was humbled to be named Player of the Month for October.

The stand-in captain helped the Coasters to a ninth straight victory in all competitions and was instrumental in the 5-0 victory over Stalybridge Celtic last time out.

“We started the game really well in the first quarter of an hour,” said Hannigan. “It was 1-0 but realistically we could have been three up.

“They had a spell of pressure, but we managed to get through that and then we took control. I think the goal that made it 3-0 killed the game and their heads started to go down.

“All in all it was a great performance and an important victory.

“It’s nice to get recognition from the fans when you are playing well. There have been a few contenders this month because everyone is playing so well at the moment. We have won nine games on the spin now so it’s going great.

“From a personal point of view we have managed to keep four clean sheets in the last month and I’m delighted with that”.