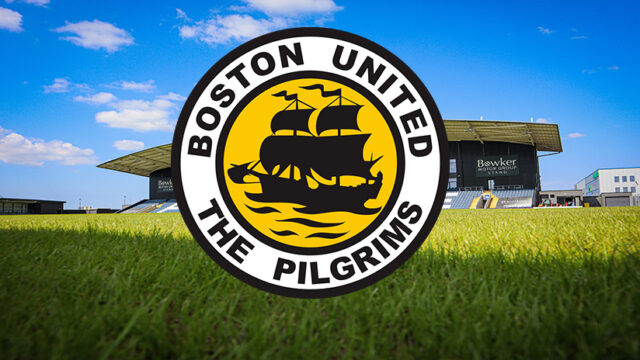 GET TO KNOW | Boston United

After last Saturday’s flying start to the 2021/22 National League North campaign, The Coasters now turn their attention to tomorrow’s clash against Boston United at Mill Farm.

Following an outstanding display in West Yorkshire, which saw the Coasters dominating Guiseley AFC at Nethermoor Park, Fylde will now welcome the Pilgrims to Mill Farm this Saturday afternoon. It will have been 232 days this Saturday since Mill Farm has seen a National League North fixture, and more importantly, this game will mark the long-awaited return of fans to Mill Farm. So for your adequate preparation, ‘get to know’ your opponents for this weekend, courtesy of Jose Ferreira.

Boston United was founded in 1933 as a successor to Boston Town. The club nickname, “The Pilgrims”, originates as a reference to the founders of Boston, Massachusetts known as the Pilgrim Fathers. The ship used to sail to North America, the Mayflower, also features within the Boston United club badge.

Boston United’s first game in history was played in front of an attendance of 1,544 fans, resulting in a 3-1 defeat to Grimsby Reserves. However, the Pilgrims would carry on to experience several years of successful campaigns whilst competing in both the Midland League, and the Southern League. Boston’s success went beyond their excellent league campaigns, as the Pilgrims remain to this day as the holders of the biggest win by a non-league side against a club in the Football League – a 6-1 win away from home in the 1955/56 edition of the FA Cup.

The Pilgrims were founding members of the Northern Premier League in 1968, and went on to win the competition four times. In 1977, after another consecutive win, Boston United were put forward to be promoted into the Football League. Unfortunately, the Football League inspectors failed the ground. The Pilgrims would go on to rebuild the majority of their ground in preparation for this to never happen again. Boston United then joined the Alliance Premier League as founding members once again, and went on to win the competition in 1979.

The club turned professional in 2001, and went on to earn the much-desired promotion to the Football League where the Pilgrims would remain until 2006/07 when they suffered relegation from League Two. Boston United went into administration after their first relegation, which saw the club be relegated to the Conference North. Whilst still in administration after the 2007/08 season, the Pilgrims returned to the Northern Premier League. The club finally returned to the Conference North in the 2009/10 season. 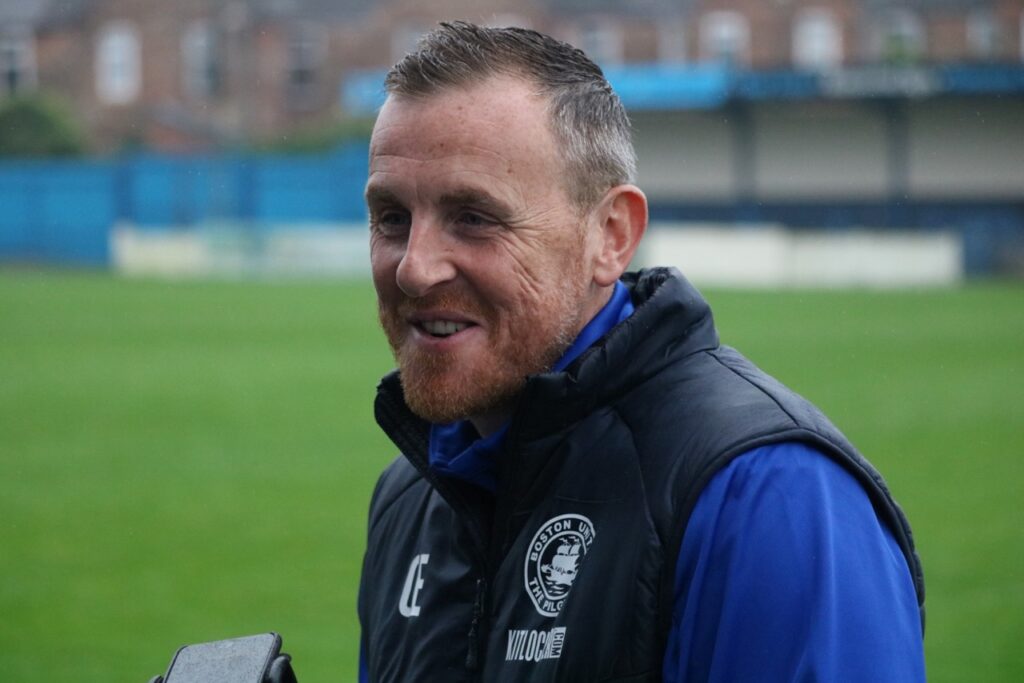 Craig Elliott first joined the Pilgrims in November 2017, and has been with the club ever since. Elliott is known within non-league for his series of achievements within a short period of time in management, often being indicated as one of the most successful managers in non-league given this fact.

Elliott started his managerial career after ending his playing career earlier due to injury, which allowed him to go on to manage Glasshouhgton Welfare. He would take over the club at a difficult time, as Welfare were extremely close to folding at the time. Elliott was a former

player for the club, and he managed the club to a promotion in 2012 as the club reached the Premier Division of the Northern Counties East League. Elliott would then go on to manage Shaw Lane, where he would be responsible for three promotions in four seasons. Before reaching Boston United, he also managed Ossett Town. As the manager for the Pilgrims, Elliott achieved five promotions, which could have been six if Boston had beaten Altrincham in the 2019/20 National League North Play-off finals. 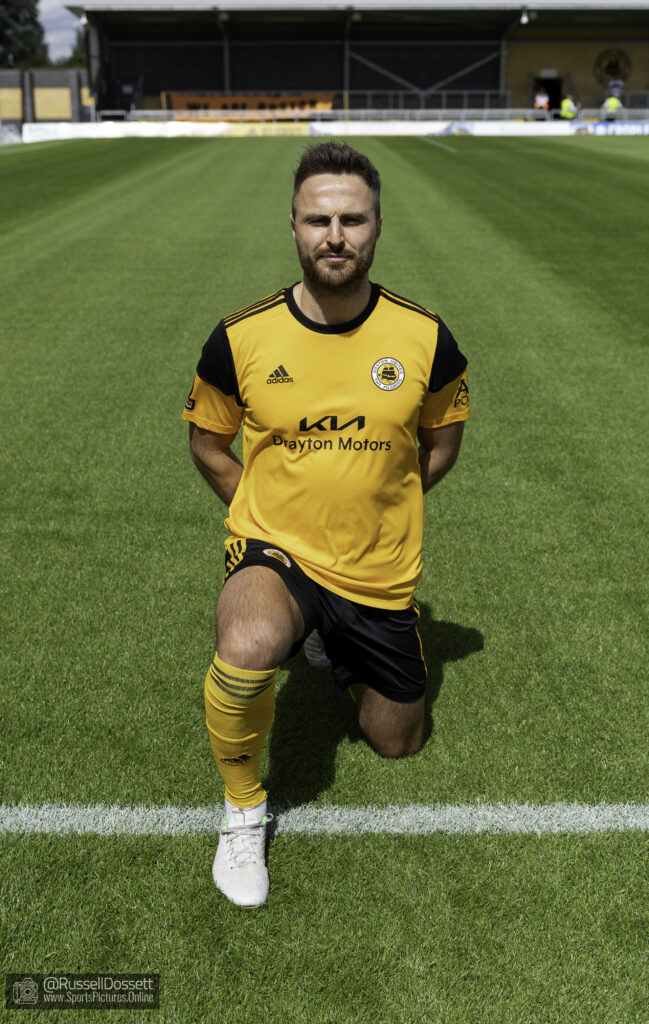 Club captain Luke Shiels has carried on his role from last season. Shiels has been with Boston United since joining the club prior to the 2019/20 season from Alfreton Town. The central defender has a vast majority of experience within non-league football, having started his senior career with Harrogate Town where he made 72 National League North appearances. The 31-year-old then joined Alfreton Town, where he was a regular name on the team sheet accumulating 73 league appearances for the club before departing at the end of the 2018/19 season. He would finally join Boston United, and Shiels has now entered his third season for the Pilgrims where he has been a key player ever since joining.

Boston United have started their 2021/22 National League North campaign with a defeat at home to Spennymoor Town. It is still very early days in the season, but the Pilgrims will want to come out from this fixture with the three points, and avoid a slow start to the season.

The Coasters come into this game after an excellent display in their last outing to Guiseley AFC away from home. Ben Tollitt and Nick Haughton have returned to National League North in excellent form once again, carrying on their dominant performances from last season, scoring two goals each this past Saturday. After their first victory of the new campaign, Bentley’s men will be hoping to carry out this positive form and collect three more points in Saturday’s fixture.

Saturday’s encounter will be the 9th time AFC Fylde and Boston United go up against each other with their first bout going all the way back to the 2014/15 National League North season, which ended in a 3-1 win for the Pilgrims. However, since then, the Coasters have gone on to defeat Boston United in 6 of their future fixtures. The most recent Fylde win dates back to last season at Mill Farm, a game which saw a 2-1 win featuring goals from Liam Nolan and Nathan Shaw, with Jordan Burrow scoring for the opposition. The Coasters have scored a total of 27 goals in fixtures against Boston United.

It is very early days in the National League North season, which makes the prediction of possible line-ups more complicated, but these were the 11 that last featured for Boston in their outing against Spennymoor Town.

Peter Crook is expected to start in goal for the Pilgrims, the former Harrogate Town and Hyde United stopper has been with Boston since the 2019/20 season and has taken over between the sticks once again this season. Keenan Ferguson could be starting on the right side of defence after joining this season from Premier League side Tottenham Hotspurs, following a successful trial. Captain Luke Shiels could combine with Scott Garner in central defence, a partnership which has carried on from last season. To complete the back four Matt Tootle is expected to start on the left side as an inverted full-back, although there could be a chance of Tootle starting on the right.

Boston United is expected to line-up with the midfield partnership of Tom Platt and Andi Thanoj, both players have been with the Pilgrims for a while with Platt having joined in 2019 and Thanoj joining in 2017 from Harrogate Town. The exciting wide midfielder Fraser Preston could start on the right, with his ability to cut in for a shot on his left foot being a key threat to Fylde’s defence this Saturday. Joe Leesley is predicted to start on the opposite wing, this will be his second season for Boston since joining from Harrogate Town.

The prolific Jordan Burrow is expected to start in a strike partnership which should also feature talented forward Danny Elliott. Burrow has previously scored at Mill Farm against Fylde in last season’s fixture, and Elliott has an eye for goal having demonstrated his prolific nature last season for Chester before moving on to National League outfit Hartlepool United.

A difficult one to choose with Boston United featuring several talented players in the side, but Fraser Preston is singled out for Saturday as an exciting player to keep an eye on. The Scottish midfielder features an exciting combination of strong technical ability, as well as a powerful left foot which could be a threat at any point during Saturday’s fixture. 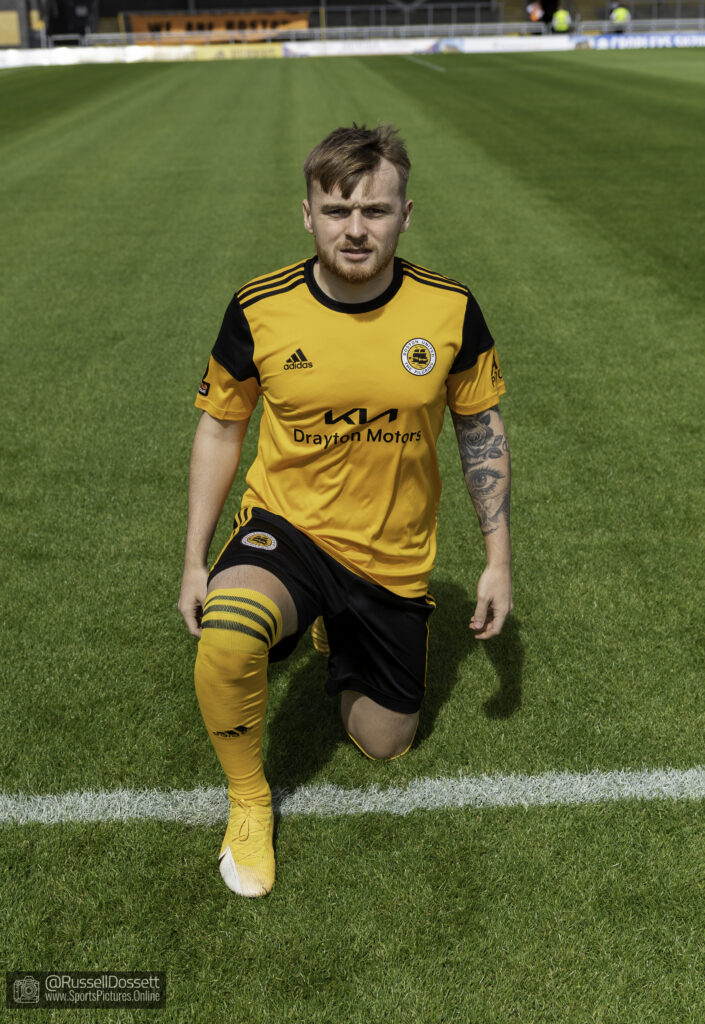 Preston started his career playing for Championship side Sheffield Wednesday. The 22-year-old impressed coming through the ranks at the Owls since joining the academy at under-14 level. Preston particularly impressed at the Under-18 and Under-23 levels, going on to make his Championship debut for the club in the 2018/19 season in a 2-0 away loss to Brentford, coming on at half time. He went on to make a further league appearance for the club before leaving in 2020 to join Boston United in September 2020. He played 9 games before the 2020/21 season was declared null and void, scoring one in the process. The wide midfielder will be expecting a breakthrough season this year and should be a thrilling player to keep an eye out for on Saturday.