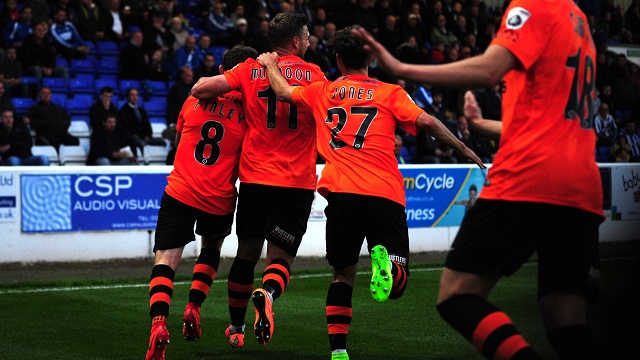 “Coasters will take time to gel”

AFC Fylde manager Dave Challinor believes his new-look side will take time to gel after a summer of change.

Following last night’s solid 1-1 draw at Chester, the Coasters have drawn both their opening games, however Challinor was pleased to pick up a point on the road.

Challinor said: “I don’t think there was an awful lot in the game. Our two games so far this season have been tight affairs.

“It was obviously disappointing to concede so soon after taking the lead. We have conceded in the last minute of the first half in both games now and that’s frustrating. It’s still early in the season and people aren’t 100% match sharp so it’s no coincidence that there are tired legs towards the end of the half.

“We looked dangerous on the counter attack but too sloppy in possession at times. There are a lot of new partnerships out there and they will need time.

“We started the second half well and we were on the front foot but the game became a little scrappy. We were tying a bit too hard to get the winner towards the end and whilst we want to get that first win, we can’t get too carried away because a point on the road is decent at any level.

“We will take it and move on to a long trip to Ebbsfleet on Saturday with the hope of getting that first three points.”