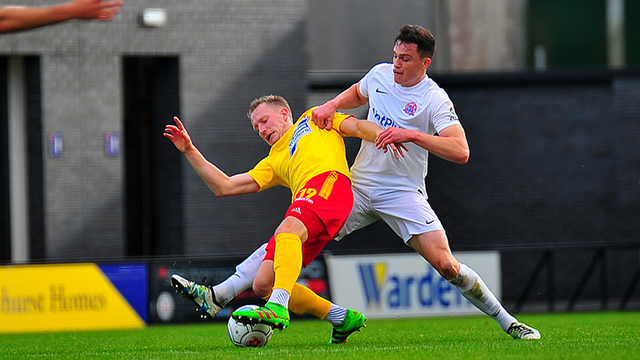 AFC Fylde are delighted to announce that George Edmundson has extended his loan deal with the club until January 1st, 2018.

Defender Edmundson has impressed since joining the Coasters on an initial one-month loan from Oldham Athletic, helping Dave Challinor’s side to three clean sheets in just four appearances.

The 20-year-old was named Man of the Match on his debut in a 1-0 FA Cup win over Wrexham before starring as Fylde secured their place in the second round for the first time in their history with victory over Kidderminster Harriers.

Meanwhile, fellow Oldham loanee Jamie Stott has been recalled to his parent club.