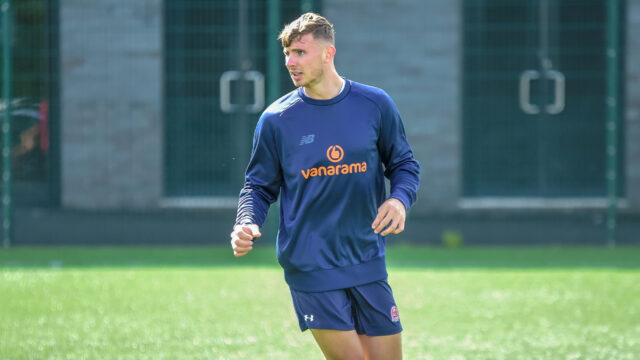 AFC Fylde is delighted to announce the signing of striker Brad Holmes from Blackpool FC on a youth loan, which initially runs until September 4.

A young player with significant potential, Brad joins James Rowe’s side following a successful few years at Bloomfield Road, where he came through their Academy set-up after joining from Bolton Wanderers.

He finished top goalscorer for the Academy in his first season at Bloomfield Road and made his Blackpool debut against Rochdale on April 20, 2021, before moving on loan to FC United of Manchester the following season.

A short spell at neighbours Chorley saw Holmes rack up 20 appearances for the Magpies, notching five goals in his first taste of National League football, which included two appearances against Fylde, and now joins the Coasters looking to enhance his development further.