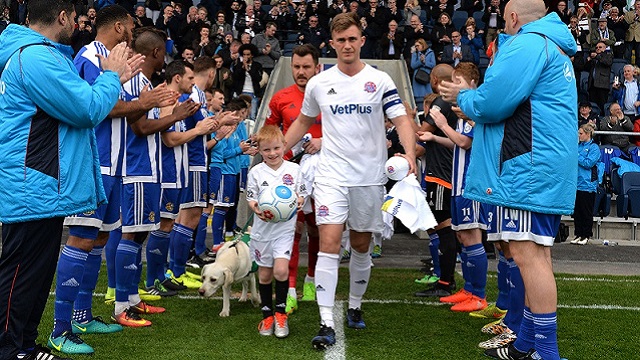 Saturday’s historic day was a memorable occasion for more than one reason.

The weekend of course saw the Coasters lift the National League North trophy after a glorious season, however the 4-2 victory over Worcester City was also a special milestone for the club … our 500th game as AFC Fylde.

Since the name change from Kirkham & Wesham in 2008, Fylde have played 500 competitive matches, culminating in promotion to the National League.

Mick Fuller enjoyed 88 games as manager, Kelham O’Hanlon took charge of 99 and current boss Dave Challinor is up to 313 games at the helm.

During this time, Fylde have come up against 118 different teams, facing local rivals Chorley the most frequently (19 games).

Former frontman Richie Allen has the most goals with 119, however current superstar Danny Rowe is just one behind after his strike against Worcrester on the final day. Incredibly, Rowe has taken just three seasons to reach 118 goals.