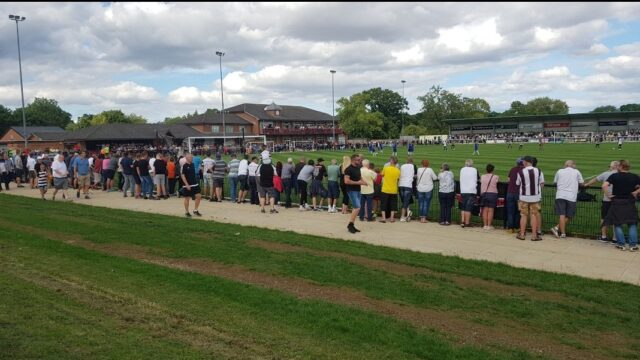 We take a look at next season’s opponents, as Jim Bentley and his side look to secure promotion back to the National League.
Our next team ‘under review’, is Darlington FC.
Nickname(s):
Darlo, The Quakers
Ground:
Blackwell Meadows (Capacity 3,281)
2019/20 League Position:
10th
Star Player 19/20:
Will Hatfield – The forward turned midfielder was a revelation for the Quakers last season scoring a number of important goals as they finished just shy of the play-offs. He will be remembered by some Coasters fans for scoring four goals for Accrington Stanley against Fylde in an FA Cup First Round tie in November 2012 at Kellamergh Park.
Manager:
Alun Armstrong – The former Stockport and Ipswich striker has been at the helm since May 2019 when he replaced Tommy Wright. He had previously been in charge at fellow National League North side Blyth Spartans who he guided to the Northern Premier League title in 2017.
Last Played:
The two sides last met in the National League North towards the end of the 2016-17 season. A superb strike from Sam Finley was added to with goals from Dan Bradley and a brace from Danny Rowe to seal an emphatic 4-1 victory at Mill Farm.
Last Played Home: 01/04/17 – AFC Fylde 4-1 Darlington
Last Played Away: 12/11/16 – Darlington 1-1 AFC Fylde
Distance:
The distance from Mill Farm to Blackwell Meadows is 107.7 miles via the M6 and A66 and should take approximately 2 hours to drive.