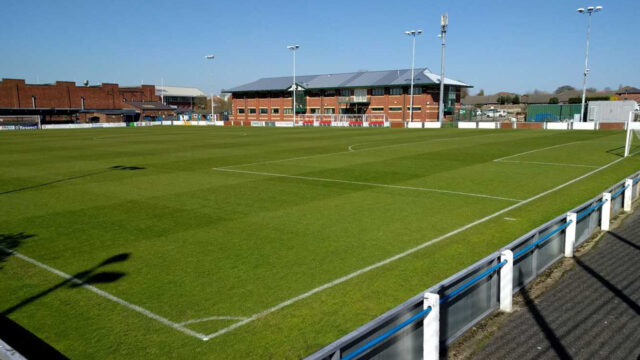 After complete domination of the U18s County Youth Cup, AFC Fylde U18s Youth and AFC Fylde U17s will face each other in the final at The Lancashire FA County Ground on Tuesday 26th April – 7:30pm kick-off.

The Cup Final will see two teams from the same club meet for the very first time in the competition’s history, which makes for an entertaining game and means that AFC Fylde will inevitably be crowned 2021/22 champions.

AFC Fylde U18 Youth’s campaign to the final has consisted of a walkover – 18 goals scored and zero conceded. Throughout the tournament, they’ve played 1 game at home and 4 away.

AFC Fylde U17s find themselves in the final through a walkover, scoring 19 goals and conceding one, and on the fantastic achievement, Academy Manager Chris Ganner said: “Last season’s remarkable run in the FA Youth Cup was something we are all very proud of.”

“We have won the Lancashire County Cup three times in the last five years, and to have two teams in the final reiterates our position as one of the strongest Academies outside the Football League in the North West.

“All of our teams are close to winning their respective divisions, and many boys are enjoying success on loan for non-league first teams on a Saturday afternoon.”

Both side’s routes to the final can be seen below:

First Round:
Thornton Cleveleys U18 (H)
Home Walk Over

Supporters can make the short journey to Leyland to take in the 2021/22 County Cup final and ultimately watch AFC Fylde be crowned champions. Admission prices can be found below, with a pay on the gate facility in operation.

The 1878 café is open pre-match and throughout the game for options such as cakes and tray bakes, sandwiches and hot food options, including pizza, burgers and hot dogs.

The corner flag kiosk is open from 6:30pm, serving ‘moorings’ pies and ‘Westlers’ hot dogs, as well as hot and cold drinks, crisps, sweets and chocolate.

You can also buy draft beer and cider from the above two service points. The corner flag kiosk is currently cash-only, but card payments can be made in the café.