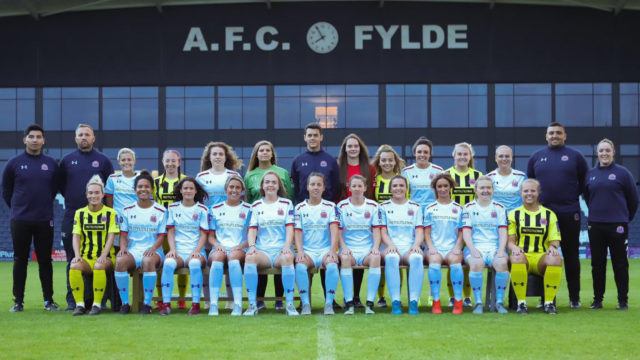 The FA have confirmed that the 2019-20 FA Women’s National League North season will be null and void from this point onwards.

This includes all women’s leagues from tier three (FAWNL North and South) and below including all league cup competitions.

AFC Fylde Women currently ply their trade in the FA Women’s National League but will not kick a ball again this season.

With no more league games to be played this season, The FA have also decided that there will be no promotions or relegations. The decisions were reached by the Women’s Football Conference and were approved by the Women’s Football Board with ‘the intention to remove any uncertainty over the outcome of the current season, and to provide a conclusion to the season which provides the fairest outcome for all clubs.’

Following The FA announcement, AFC Fylde Chairman, David Haythornthwaite issued a operational update, in an open letter to our supporters.

It was announced in this open letter that the Chairman had made the decision to  temporarily suspended the Women’s Team from all duties in line with the recent FA statement and had this to say: “Please be in no doubt that AFC Fylde is wholeheartedly committed to its women’s team and will ensure it remains a part of the club.”

Women’s Manager Conrad Prendergast added: “I’ve been in constant contact with our CEO and Chairman throughout these unprecedented times. We have already commenced with plans for next season with the support and backing from our club being better than it ever has been before. I’d like to sincerely thank all of our players, staff, fans and volunteers for their commitment this season as we now look ahead to the next.”