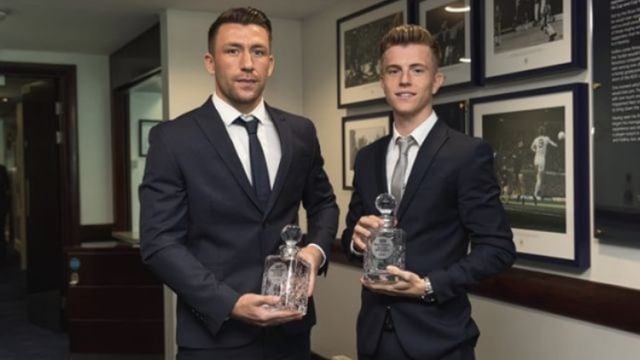 AFC Fylde duo Jay Lynch and James Hardy picked up awards at the National Game Awards in London on Tuesday.

Goalkeeper Lynch picked up the Reusch Goalkeeper of the Year Award, following another stellar year in between the sticks for the Fylde stopper, where he picked up 20 clean sheets in all competitions.

Hardy meanwhile picked up the award for the England C Player of the Year, based on his performances in Paul Fairclough’s side this year.

In his most recent performance against Wales C, Hardy picked up Man of The Match, in the 2-2 draw at Salford City’s Peninsula Stadium.

For more on the National Game Awards, including the full list of winners from around the leagues, pick up this weekend’s Non-League Paper.