Planning and preparation for a new surface is well underway ahead of the new 21/22 campaign.

We spoke to Head Groundsman Tony Owen during an in-depth interview earlier in the year, where he described the importance of providing a high-quality, durable playing surface that is aligned to the clubs playing philosophy and ambition. The demand and expectation for five-star grass pitches is something Tony and the backroom staff at AFC Fylde pride themselves on, and this morning the first steps were taken when the surface at Mill Farm Stadium was cultivated in preparation for reseeding. 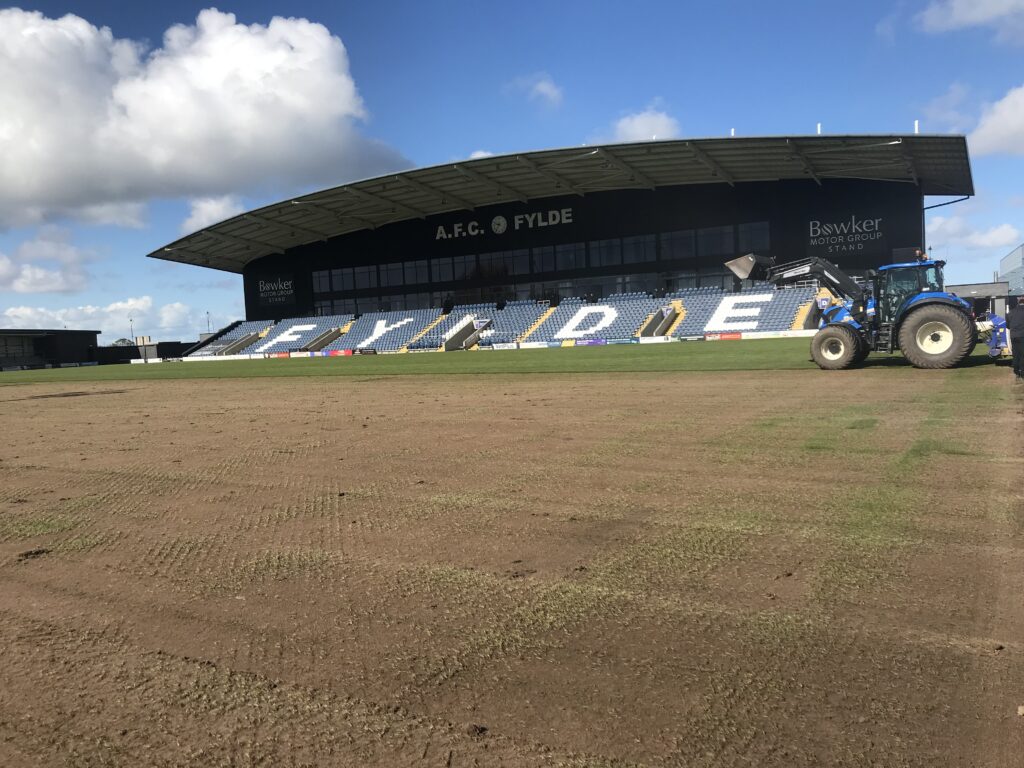 The annual renovation of the pitch is not only crucial to improving the quality and quantity of football played at Mill Farm, but also reducing injuries. With that in mind, the Club has continued its investment into pitch maintenance to ensure the players, staff, and supporters are given a pitch they can be proud of when they return next season.

Tony has been busy working on the surface ever since the season was declared null and void in February, and here he provides an update on how things are progressing. Speaking to afcfylde.co.uk, he said:

“Things are coming along well. We’ve taken the majority of the vegetation off this morning with the Koro Field Top Maker, which basically takes off the top surface like a knife. We will then have a second pass which will, hopefully, remove all of the vegetation, leaving us with pure sand. 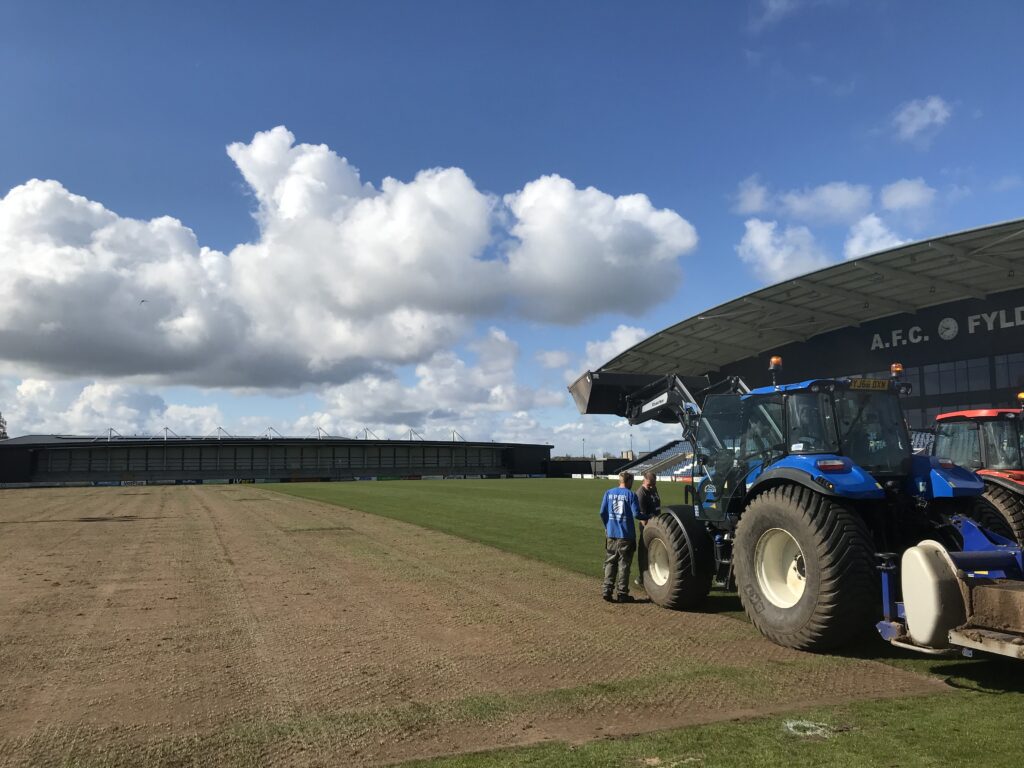 “Then 120 tonnes of fibre sand will go down onto the pitch, 30 tonnes of that going on the wing next to the main stand, which was an area that was lacking fibre and caused some issues last season. It will then be levelled out and ready to be seeded.

“There will be lots of mowing once the seeds are in, because the more you mow, the thicker it becomes. A lot of it will come down to the weather, but the aim is to have the pitch ready six weeks after the seeds have gone down.

“I’m grateful for the investment because it eradicates a lot of issues that can arise without this process. In the winter months, the grass is under stress. If there is ever a time that the pitch is going to fail, it is going to be then. Also, as grass grows it also dies on the surface, leaving organic matter which we call thatch in the turf industry. The Field Top Maker takes all of that off, therefore helping with drainage and allowing us to retain the quality.”