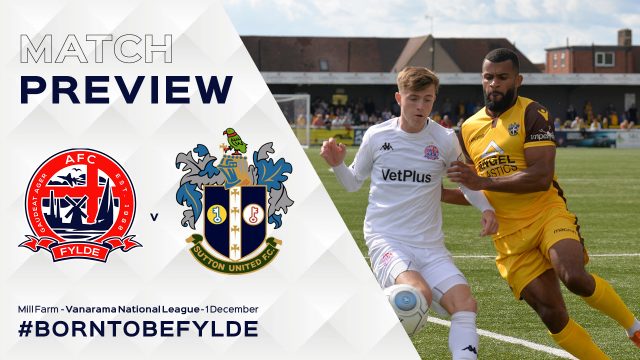 Fylde come in to the game having recorded back-to-back wins, at home to Boreham Wood and away at Hartlepool United.

The introduction of Arthur Gnahoua from Shrewsbury Town has freshened up the Coasters’ attack, whilst Lewis Montrose reaching closer to a return will also be a welcome boost.

The U’s visit in slightly less inspired form, having been beaten by Maidenhead United, and getting held to a 2-2 draw at Braintree Town in midweek.

Coupled with their exit from The FA Cup to Vanarama National League South side Slough Town, and it’s well within manager Paul Doswell’s right to expect a reaction from his side this weekend.

A strong start to the season saw The U’s go six unbeaten, flying out of the traps with three wins in their first four games.

Indeed, their record against the top four has been brilliant, with wins against Salford, Wrexham and Leyton Orient, whilst seeing out a goalless draw with the Coasters at home back in August.

Being invited into Scotland’s Irn-Bru Cup doesn’t appear to have been a distraction, having enjoyed a trip to Airdrienonians, before losing to Bohemians on penalties.

The previous meetings have been close encounters; last year a goal deciding each fixture, before a goalless draw played out in South West London in the Coasters first away trip to the capital this season. 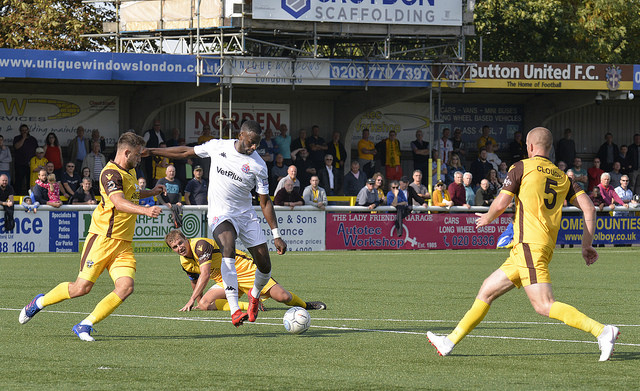 5 goals in 19 appearances may not be a record that will set the world on fire, but Craig Eastmond has stepped up when needed this season, already beating last season’s tally in the process.

He opened the scoring in Sutton’s win against Salford City at the start of the season, before going on to net a crucial winner at Ebbsfleet in the next game. 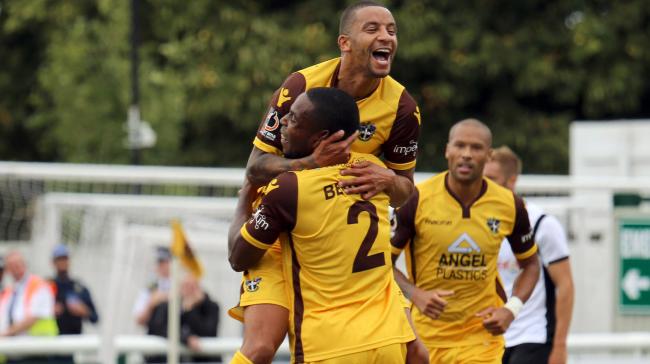 This was followed up later on with goals in a win against Wrexham and a draw at home to Dover, before scoring a late winner for The U’s at Hartlepool in a 3-2 win.

The former Arsenal youth player made 75 appearances for Colchester United in League One before his move to Sutton, and will no doubt have aspirations to play in the Football League once again.

Speaking yesterday, manager Dave Challinor was conscious of the threat that Sutton will pose this weekend.

“They’re a strong side at this level and have been playoff contenders, having finished third last year. They’ve made changes in forward areas over the last couple of weeks, and have a great  balance of youth and experience in their team.” 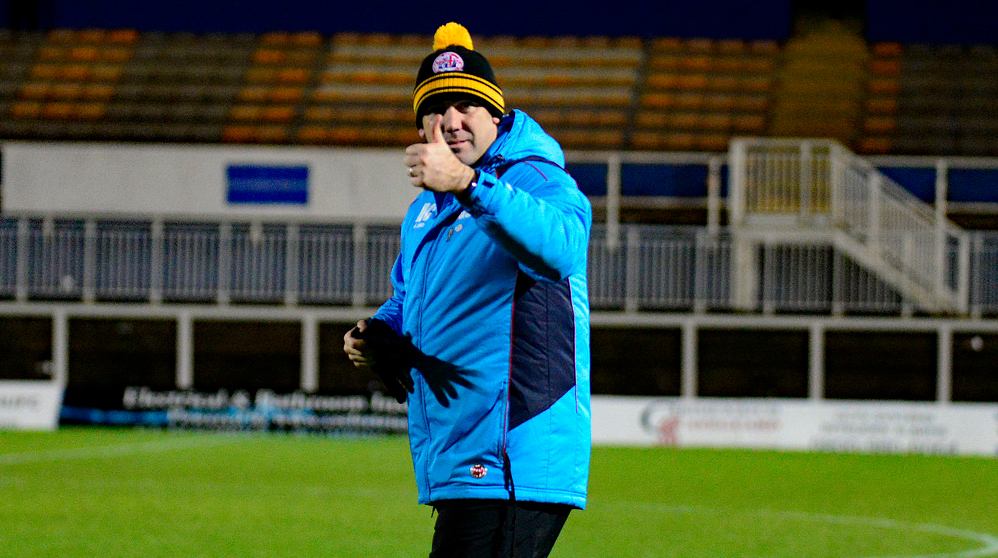 “Lot’s of the teams in this league are at a similar level, and although they may be disappointed with recent results, it’s all been at the toss of a coin.

“They went 2-0 down at Braintree, but they dig in and got themselves point, so we know it will be tough, and we recognise where their strengths are, where their weaknesses are, and try to exploit them.”

Listen to more from Chally, as he talks Arthur Gnahoua’s arrival, as well as Lewis Montrose returning to the squad in the near future.

The man in the middle this weekend is Martin Woods, a Lancashire FA referee in his first season in The National League.

This will be his first time officiating Fylde at this level, having not picked up a fixture with the Coasters this season.

Woods was particularly busy during a midweek tie between Wrexham and Hartlepool, where eight yellow cards and a red card were shown on the evening.

The Referee Assistants will be Paul Ince and Ben Atkinson, with the Fourth Official Edward Duckworth.

Following the departure of manager Matt Bates, Hartlepool United host Dagenham & Redbridge, in a game they will be desperate to win and restart their season.

Leyton Orient take on Gateshead in an interesting tie at the top end of the table. Gateshead, who have won 6 times away from home already this season, will continue to thrive with the underdog tag, and should give Orient a good run for their money.

A resurgent Havant & Waterlooville travel to Salford City in a game which, looking at the table should be a mismatch. But with Lee Bradbury’s men now firing, it could yet prove a difficult afternoon for The Ammies.