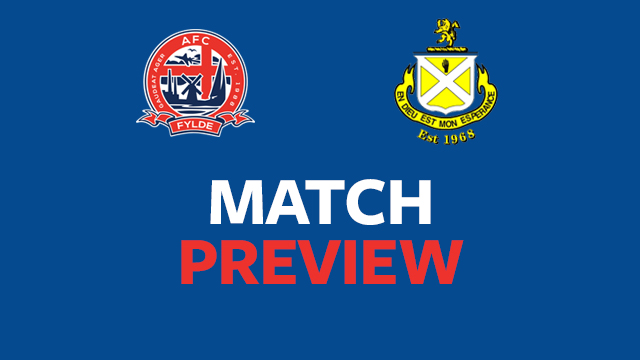 AFC Fylde will be hoping to get back to winning ways against Ashton Athletic after suffering their first defeat since August in the 3-1 reverse at Millwall on Saturday.

Dave Challinor’s side had won their last nine games on the spin, but were undone by their League One opponents at The Den, despite a spirited display.

Challinor is expected to shuffle his pack tomorrow evening with a full squad to choose from.

Brad Barnes and Josh Langley, who have both had spells on the sidelines due to injury, are expected to feature, whilst Sam Finley is back from suspension and played 20 minutes at Millwall.

Adam Sumner and Danny Lloyd could be called upon and youngster James Hardy will be hoping to make his full debut for the Coasters.

Ashton Athletic are going well in their league this season, currently sitting in seventh place in the North West Counties League Premier Division.

The Coasters saw off Radcliffe Borough in the last round and will be hoping for a similar result tomorrow.