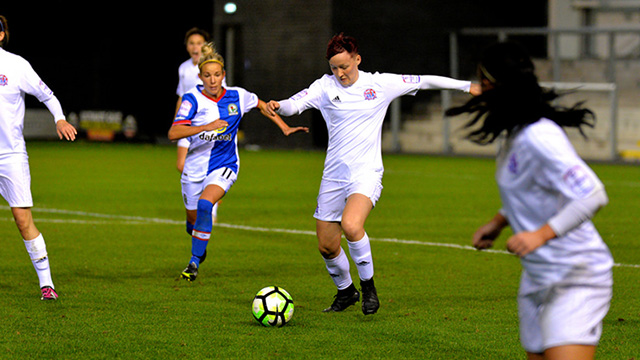 Rovers are unbeaten in their 12 league games this season and top the Women’s Premier League with 34 points.

The Coasters currently sit sixth in the league but Prendergast insists his side are not daunted by the challenge ahead.

“I’ve been really looking forward to my first game,” said the 24-year-old who joined the club three weeks ago from Manchester City. “It will be good for the team as well who haven’t played in a while due to a couple of rearrangements. We are very much looking forward to it as a squad as well as on a personal level.

“It’s certainly a very tough start, but we have prepared well over the last week. It won’t be a case of turning up and rolling over. We won’t be complacent and we are ready for the challenge.

“We know what to expect from them and also the high standards that we expect of ourselves too.

“The team has been great to work with so far, right down to the development squad. The girls have been really professional and mature and the have made it a very smooth transition for me.

“I’m enjoying helping them to develop as players and as a team. They have made it easy for me.

“We should have a full squad to pick from and we added goalkeeper Alex Brookes from Everton Ladies recently so that is a big boost for us.

“We have a strong squad and this chance to show that as we look to put our stamp on the game.

“Rovers have been fantastic this season so it will of course be tough. They had a bit of a hiccup in the cup against Tottenham recently so that could spur them on. There is a lot of quality and experience in their team, but it is a challenge that we are looking forward to and not daunting.”