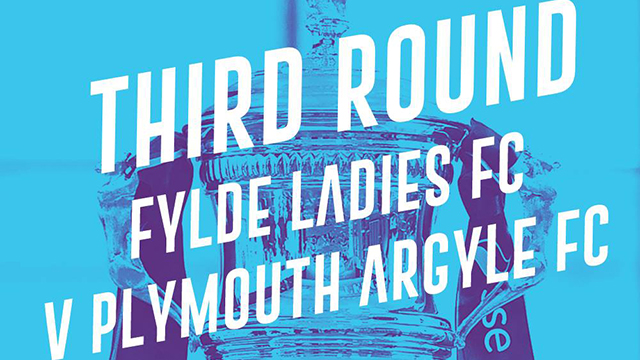 Following the Christmas break, the Ladies were more than keen to get back on the pitch. Conrad Prendergast selected a strong squad with Jenna Carroll taking on the role as captain whilst Olivia Wild returned from injury to make the bench.

The game began with both teams looking to make the breakthrough and it took just three minutes for the visitors to opening the scoring. After some confusion at the back, Amber Pollock pounced on a poor clearance before playing the ball to Natasha Knapman who fired home from just inside the penalty area.

Fylde began to step up their game, determined to level the scores and did so just five minutes later. Laura Merrin received the ball right in front of the keeper and stuck out her leg to simply tap it past Michaela Phillips.

Soon after, Merrin slipped the ball through to Hollie Kelsh, who turned and fired goal wards however her strike cleared the crossbar.

Fylde were piling on the pressure and again went close. Merrin swung in a dangerous corner that rebounded to Carroll whose shot flew over.

The frustration began to rise up among the Fylde squad as they found Plymouth’s defence increasingly difficult to infiltrate.

Midway through the half Kelsh picked out Davies inside the box but her shot drifted just wide.

Despite the Fylde pressure, it was Argyle that regained the lead in the 34th minute. Knapman held off strong challenges down the right before crossing for Pollock at the far post whose shot took a slight deflection on its way into the far corner.

The away side netted a third just before the whistle for half-time. Plymouth’s Becky Atkins’ shot from a corner was deflected into the path of Knapman, who showed her predatory instincts by knocking in her second goal from six yards.

Both goalkeepers were called into action after the restart. Fylde stopper Darbyshire made a comfortable save from a free-kick 51 minutes in before Fylde looked like scoring when Charlton flicked a hopeful ball to Davies, however Phillips darted out to make the block.

Plymouth had the chance to put the result to bed shortly after the hour when they were awarded a penalty. Middleton stepped up to take the spot-kick but sent to the ball flying over the crossbar.

Knapman went close again when her neat lob over the goalkeeper bounced up and hit the crossbar before being cleared by Carroll.

Phillips kept out an effort from Leah Foster as the clock wound down, but there was to be no comeback from the hosts.

Hannah Forster commented, after the game: “The defeat is a tough one to take. Unfortunately our own errors cost us the game. It’s now all about how we respond, we need to work hard in training and put things right next weekend when we face Leeds.”