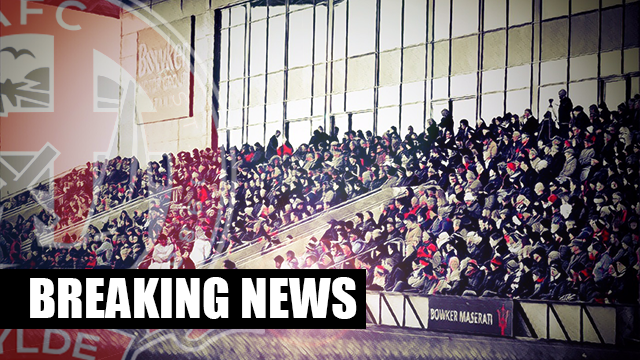 Fylde Ladies are pleased to announce the appointment of Conrad Prendergast as Head Coach.

A UEFA ‘B’ Licensed coach, Prendergast joins Fylde Ladies from Manchester City Football Club, where he has spent the last six years in a variety of roles.

Conrad was latterly Elite Development Squad Head Coach for Manchester City Women where he also assisted with the first team during their most successful season. Previous to this, he combined working with the boys Academy at the Foundation Phase whilst managing a variety of projects for the clubs Community Foundation.

Commenting on the appointment, AFC Fylde Chief Executive, Neil Joy said: “We are delighted that Conrad has decided to join us. As a young, highly motivated and ambitious coach Conrad has the attributes to give Fylde Ladies the best possible chance of securing Super League status at the earliest opportunity.”

When asked about his new role Prendergast said: “AFC Fylde have demonstrated a great belief in me as a coach which is something I am grateful for, the opportunity to help move Fylde Ladies up into the Women’s Super League is an exciting challenge and one that I am keen to commence with.”

Conrad will officially start his duties on Monday 23 January.

Look out for a full interview with the new Head Coach next week.