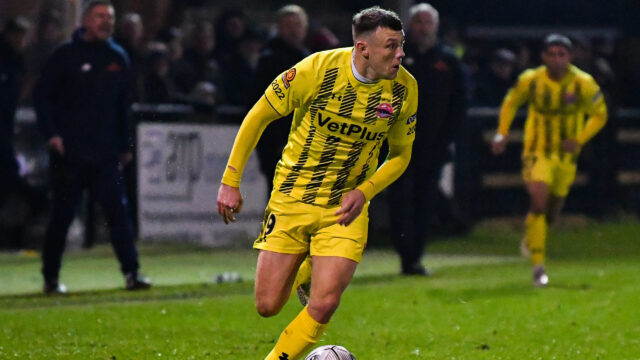 Striker Jordan Hulme has today completed a loan move to National League side Altrincham FC until the end of the season.

This latest move for Hulme follows the one-month loan he made to Ashton United earlier on in the season.

We would like to wish Jordan the very best of luck during his stay at Moss Lane.