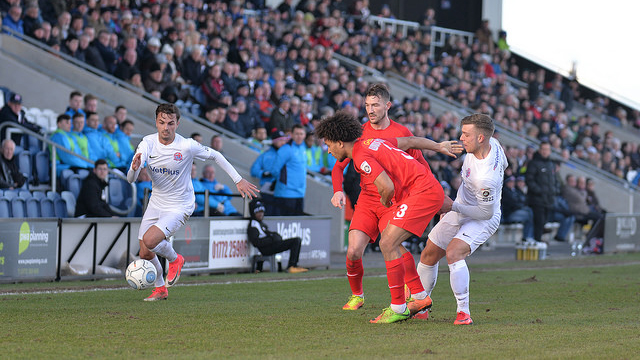 “We deserved nothing” – Challinor

The visitors headed back to London with maximum points after Macauley Bonne’s penalty decided the game and Challinor could not argue with the outcome.

“We didn’t deserve anything from the game,” admitted a frustrated Challinor.

“I was happy with how we started. I thought we were bright but we became impatient and made poor decisions. We didn’t ask nearly enough questions of them.

“Leyton Orient will see it as a good away performance and they were organised as we expected them to be. They were a threat on the break because their frontline is dangerous and we didn’t deal with their wide players.

“The biggest frustration is that we were the masters of our own downfall because we just weren’t good enough and we didn’t test them.

“This season, we have played better and lost and worse and won but that’s the nature of the game. We could have nicked something at the end but we probably didn’t deserve to.

“We would have loved to take something but focus now turns to Tuesday at Guiseley.

“The other results have gone in our favour and we are still in the play-offs, but I’m still disappointed because we don’t want to rely on what other teams do, I want us to look after our own business first and foremost.

“We have to make sure we do that on Tuesday.”