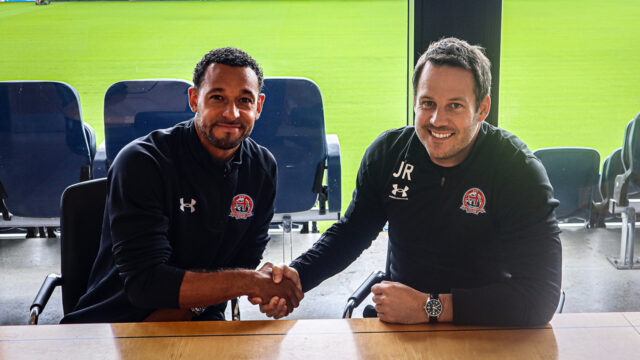 AFC Fylde is thrilled to announce the signing of highly experienced midfielder Curtis Weston, who will join the Club on July 1, 2022.

Curtis puts pen to paper on a one-year deal at Mill Farm and will officially become a Fylde player when his current Chesterfield contract expires.

After beginning his career at Millwall, in only his second appearance for the Lions, Curtis became the youngest FA Cup finalist at the age of 17 years and 119 days.

Someone who adds a vast amount of experience to the Fylde squad, the 35-year-old has featured predominantly in the EFL and National League with the likes of Leeds United, Gillingham, Barnet FC & Chesterfield and has amassed over 500 appearances throughout his career.

Six years at Barnet led to Weston moving to Chesterfield in 2018, where he worked under current Coasters boss James Rowe.

Rowe, who strengthens his squad further with the addition of Weston, said: “Curtis is a player that I have a strong relationship with, and I have worked closely with successfully in the past. He will bring many on and off-field attributes to push the Club forwards.”

After signing the dotted line, Weston added: “It’s been a deal we’ve been talking about for a few weeks now.

“I’ve met all the lads and had a little look around the place, and it looks incredible, so I’m ready to go.”