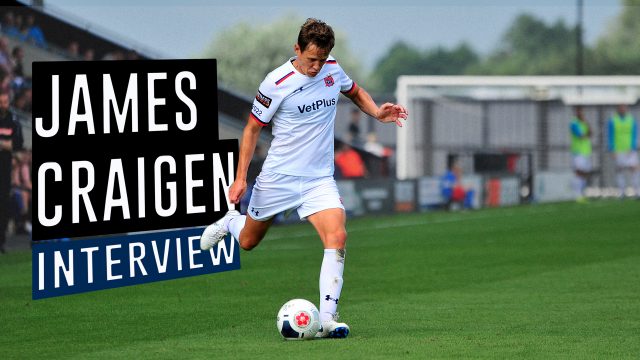 CRAIGEN: We Can Kick On From Here

After a clean-sheet and a point on Bank Holiday Monday, AFC Fylde player James Craigen has backed the Coasters to use this as a turning point.

A spirited first half performance saw the Coasters unlucky not to be ahead at the interval, after Kosylo and Rowe went close with good chances.

The second period saw a Jon Stead goal chalked off for handball, in a half that saw Fylde have to defend well to keep it goalless.

“We’re disappointed not to get three points yesterday being at home, but there’s plenty of positives to take from it,” said Craigen.

“We played well in the first half and were unlucky not to be ahead, and in the second half, although we didn’t create as much, we did well to dig in and get that clean sheet.”

“As a defender you’re always happy with the clean sheet, but we know there’s a lot more to come at both ends of the pitch, and that’s what we’re working towards.”

The clean sheet marks a significant return to form for the Coasters defence, having been on the wrong end of two 4-1 results against Woking and Halifax. 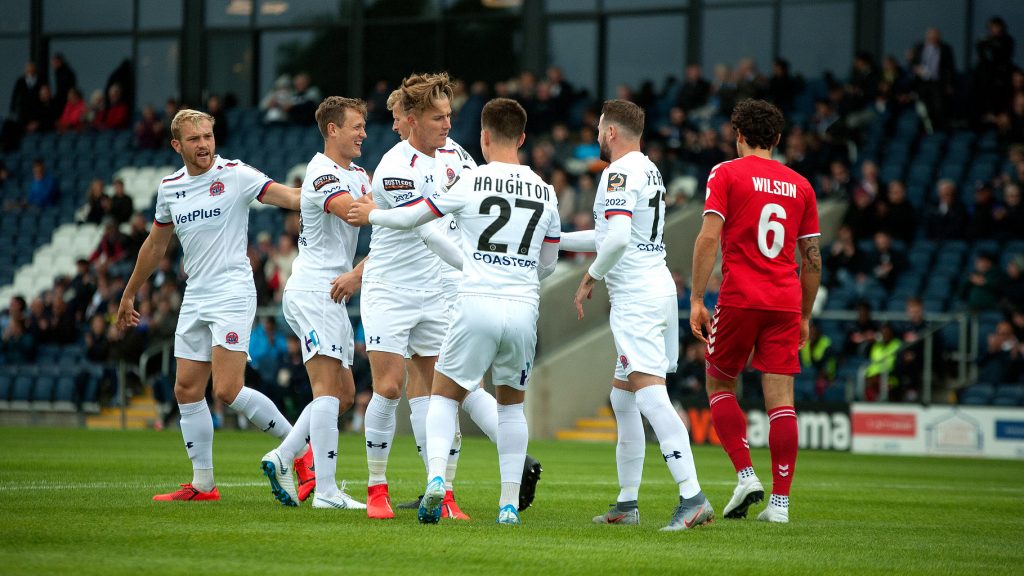 The loss at the weekend saw the Coasters suffer their first back-to-back league defeats since November 2018, but, as Craigen says, the players know what it takes to bounce back.

“But, when you face adversity like this, the only way to get out of it is to stay together, work harder than ever before, and get back to basics at times.”

“We need to focus on putting that first half performance against Harrogate into 90 minutes, and I think teams will struggle against us.”

Next up for the Coasters is a trip to the south-east to take on a high-flying Bromley, who sit in second position, and remain unbeaten so far this campaign.

“Bromley have had a good start to the season, but we’re confident with the ability we’ve got in the changing room that we can beat anyone,” said Craigen.

“Although we’ve not got the win against Harrogate, we can kick on from here and use this clean sheet as a platform to get back to winning ways, starting this weekend.”

Tickets for AFC Fylde’s visit to Bromley are available online via this link, and supporters can save money by buying theirs in advance.

Coach travel is also on sale now, departing Mill Farm at 7.30am, and can be purchased here.