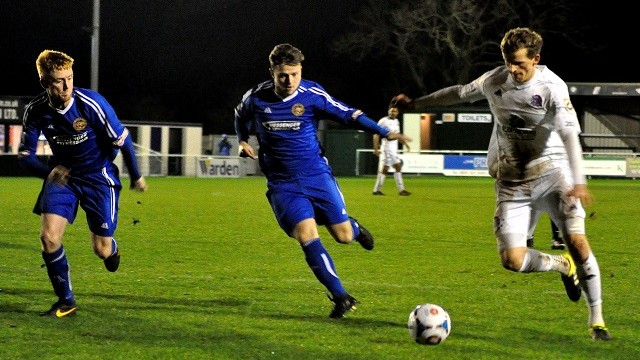 Assistant manager Colin Woothorpe was disappointed with his side after they let a three-goal lead slip to draw 4-4 against Skelmersdale United in the FA Trophy.

The Coasters looked to have sealed their passage through to the next round, but Woodthorpe sensed a comeback was on the cards.

“At 3-0 the game was finished, but when they got their first goal back you could just tell that wasn’t the end of it. You didn’t need coaching badges to sense there was more coming.

“We were more disappointed with the performance than the result. Every single player in our squad believes they should be in the starting line-up, but they need to prove that out on the pitch.

“They live and die by their actions and performances. There was enough experience out on that pitch to see out a 3-0 scoreline, even if the opposition does get a goal back.

“Full credit to Skelmersdale though, they kept plugging away and playing their game. They are a good footballing side and they gained momentum as the game went on.

“I can’t believe how the game swung from one way to the other, purely on them  pulling one goal back. There was life left in the game and there shouldn’t have been.

“We should have carried on as normal when they scored, but we let them take advantage and they were like a runaway train. We are lucky in the end to have a replay.”