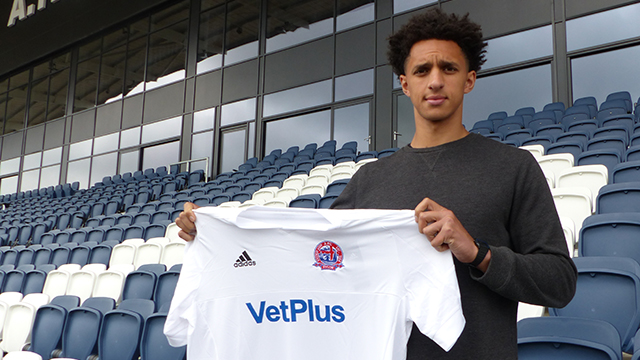 AFC Fylde have secured their second signing of pre-season with the capture of Stockport County midfielder Lewis Montrose.

The 28-year-old has put pen-to-paper on a two-year deal with the Coasters, with the option of a third year.

Montrose joins fellow new boy Jordan Tunnicliffe at the club as manager Dave Challinor continues to strengthen his squad ahead of the forthcoming National League season.

Twice Player of the Year during his two-year stay at Edgeley Park, Montrose began his professional career with Wigan Athletic after rising through the youth ranks with Premier League giants Manchester City.

The defensive-minded midfielder has spent the vast majority of his career in the Football League, enjoying promotion to League One on two previous occasions with both Wycombe Wanderers and Gillingham.

Montrose also spent time playing League football at Cheltenham Town, Chesterfield, Oxford United and, most recently, with York City prior to his move to Stockport, where he was an ever-present last season.

Coasters Chairman David Haythornthwaite could not his delight after securing a long-term target: “We are delighted to finally welcome Lewis to the club. We tried to get him in February last season as we were aware there was a buy-out clause in his contract. However, the clause was restrictive in that it only allowed a move to a club in a higher division than Stockport.

“For that reason we weren’t able to get it done then but obviously now we have been promoted we were able to trigger the option. It’s a five-figure sum, not the most we’ve paid for a player, but what we believe to be really great value for money and I am sure he will quickly become a fan’s favourite.”

Montrose will join up with his new teammates when the Coasters report back for pre-season training on Monday 26th June ahead of the first warm-up match against Marine on Tuesday 11th July.

Click here for more info on sponsoring your favourite player.