AFC Fylde’s first team stars have been put through their paces this week during the first sessions of pre-season training.

The Coasters kicked off their schedule over the weekend with an introductory fitness session, however training started in earnest this week as Dave Challinor’s side returned to Kellamergh Park with more fitness work on Monday and strength and conditioning work on Tuesday.

Challinor is relatively low on numbers at this stage after several of last season’s squad left for pastures new during the summer including captain Tom Hannigan, Brad Barnes and Danny Lloyd and whilst both defender Josh Langley and top scorer Danny Rowe were also absent, the duo return from holiday today.

Fylde have been left without a goalkeeper following the departure of both Ben Hinchliffe and Matt Urwin and Challinor has been casting his eye over several potential replacements at Kellamergh this week.

The manager stated earlier in the week that he was still on the lookout for as many as six new faces and several trialists have joined in training as he looks to bolster his squad for the new campaign.

New boys Steve Williams, Brendon Daniels and Andy Bond, who have all joined the club this summer from Barrow, Harrogate Town and Crawley Town respectively, were all on show, whilst former Scotland international was undertaking his sixteenth pre-season as a professional footballer.

Fylde host their first friendly match next Friday (July 8th) at Kellamergh against Scottish side Stranraer – the first of six warm-up matches ahead of the new National League North season.

The Coasters will then line up against Rochdale (H), Nantwich Town (A), Runcorn Town (A) and Oldham Athletic (H) before completing their pre-season schedule against Blackburn Rovers U21s (H) on Saturday 30th July.

Fixtures for the new season are released a week today and the campaign starts a month later on Saturday 6th August. 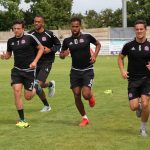 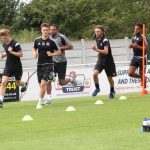 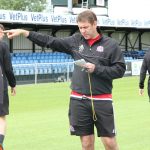 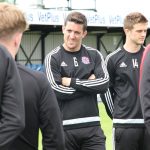 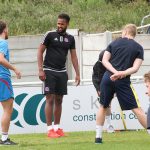 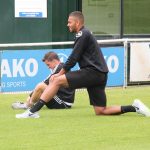