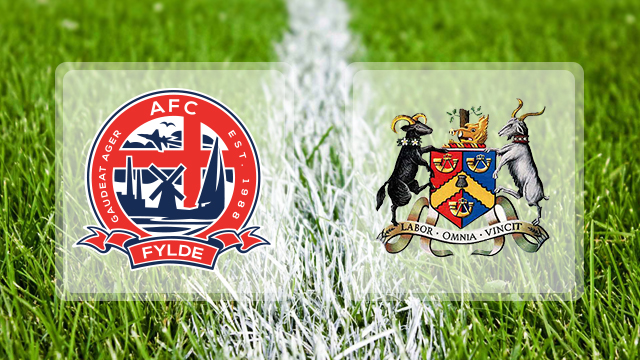 Away trip to Bradford

AFC Fylde travel to Bradford Park Avenue tonight looking for a second victory of the season. This game will be The Coasters second away game of the season, and their fourth game in total. (7.45pm)

The Coasters sit 11th in the National North League table and have had a mixed bag of results so far with one win, one draw and one defeat in their first three games of the season.

BPA occupy 19th place in the National North League table after two draws and a defeat from their opening three games. They started the season with a 2-2 home draw with Alfreton Town thanks to a late equalizer from the away side, before a midweek trip to Stalybridge saw Bradford go back to Yorkshire with a point after a 1-1 draw.

Last Saturday saw BPA lose their first game of the season away at Nuneaton by a solitary goal, the score being 1-0 to Nuneaton. With Bradford having not won a game yet, they will certainly be going for the win when The Coasters travel up to Yorkshire this Wednesday.

These two sides faced each other four times last season, twice in league action and twice in the F.A Cup. The first game was a 2-1 victory for The Coasters at Kellamergh Park last September in the league, before a 2-2 draw later in the month in the F.A Cup resulted in a replay at KP just days later, a game which The Coasters won again by two goals to one.

The most recent fixture between the two sides was the 1-0 victory for Fylde at the Horsfall Stadium in April as Danny Lloyd scored the solitary goal to give The Coasters a win.

Matty Hughes could feature after picking up an injury during pre-season, but another Hughes, Caspar, is likely to be ruled out of the game with a hand injury sustained at home to Gainsborough on Saturday. Josh Langley was also replaced in that game by Dom Collins due to a niggle, but we are yet to find out the seriousness of that one. New signing Jason St. Juste will be looking for his first Coasters start after arriving from North Ferriby last week.

Former Coasters midfielder Michael Potts has scored all three of BPA’s goals this season. Potts joined Park Avenue this summer after being released by The Coasters at the end of last season & he will be looking to use this game to prove why Fylde should have kept him on.