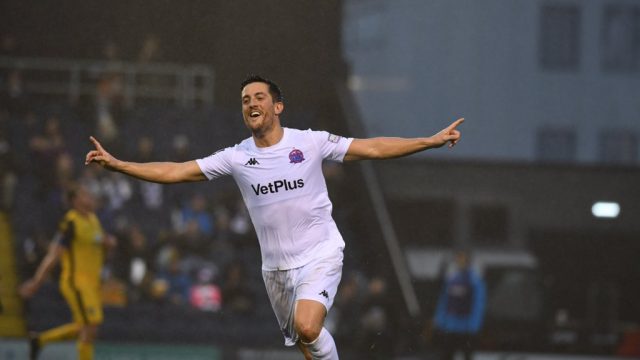 A late Kieran Cadogan goal cancelled out Game Toure’s 81st minute strike, offering the team’s a point a piece on a wet day at Mill Farm.

The Coasters made one change, as Arthur Gnahoua had done enough to impress his manager following his goal at Hartlepool in the week, taking Gime Toure’s place.

Captain Lewis Montrose made his first matchday squad of the season, earning a spot on the bench following a lengthy lay-off.

The U’s handed academy player Bradley Pearce his debut, whilst Taylor and Brown were also recalled to the side having only made the bench at Braintree Town.

The opening exchanges had the lively Nick Haughton seeing plenty of the ball, in the 19th minute drawing in the defender in, before whipping a delightful effort across goal.

It was palmed away by Butler into the path of Andy Bond, but his first-time effort somehow evaded the target from close-range.

Just five minutes later, it was Butler versus Bond again. After good work from Francis-Angol on the left, Philliskirk’s effort was blocked into the path of Bond, but his attempt was quickly denied by the onrushing Sutton goalkeeper.

A great passage of play followed for the Coasters, as Danny Rowe’s cleverly disguised pass to Bond opened up the Sutton defence.

They recovered, only for the ball to be played back into the path of Danny Rowe, who couldn’t quite find the angle to get his shot away and make The U’s pay for their lapse of concentration.

It took until the 36th minute for the deadlock to be broken, in part thanks to the resilient work of Nick Haughton.

His incisive breakaway eventually landed in Bond’s path, who was more than happy to make amends this time, powering it past Butler and putting the Coasters ahead. 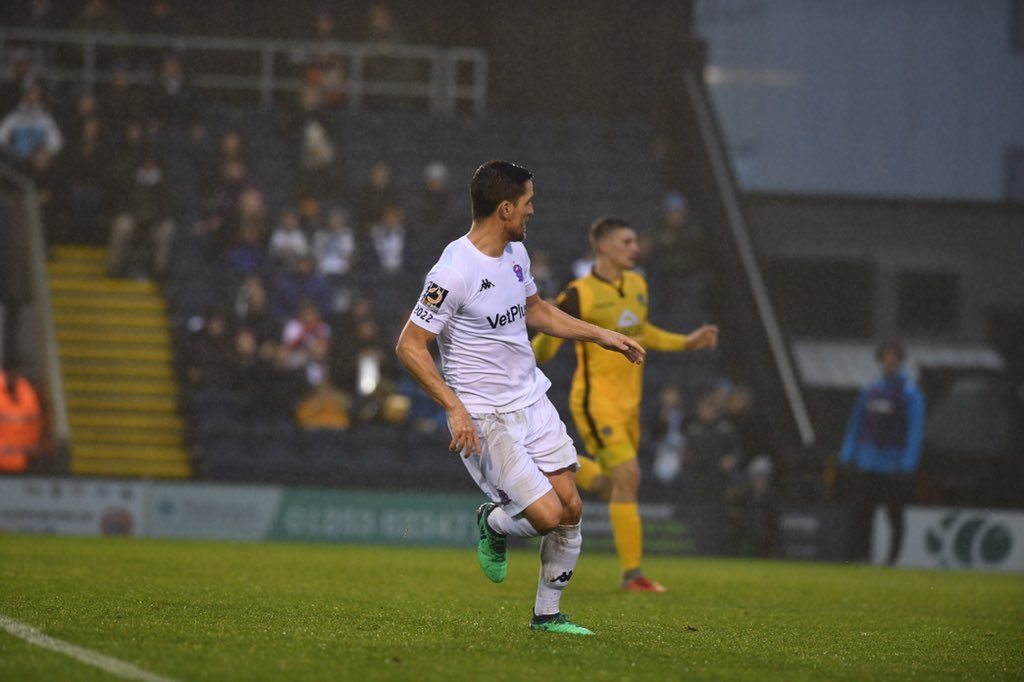 This allowed Fylde to play with more freedom, with Croasdale firing a powerful effort goalwards which just flew wide.

Nick Haughton’s was then at the heart of the Coasters next key chance, when a wonderful effort from distance thundered off of the crossbar and back into play.

It was a moment of pure quality from the Coasters playmaker, as Haughton beat his man, forging his own space before wrapping his foot around the ball, but the woodwork denied him his first Coasters goal.

The second half saw a resurgent Sutton side emerge, with Thomas-Asante spearheading attacks from the early stages.

Wayne Brown was the first to test the Coasters defence after the break, with his long-range effort working Jay Lynch early on.

Craig Eastmond then sent a low curling effort goalwards just before the hour mark, which Lynch was equal to, before Thomas-Asante’s rebound went harmlessly over.

In the 74th minute, however, it fell to Sutton United’s academy graduate Bradley Pearce who, making his first-team debut, equalised with a tidy finish.

A short corner played into Josh Taylor wasn’t dealt with and came bouncing into Pearce’s path, catching it sweetly and nestling it into the corner.

Sutton could have taken the lead almost immediately after this too, as an under-hit backpass from Burke played in the prowling Asante.

Jay Lynch was quick off his line however, doing enough to force his efforts wide.

The Sutton bench appealed for a penalty, and with fair reasoning given the strong nature of his save, but referee Martin Woods wasn’t convinced.

This acted as something of a wake-up call for Fylde, and an inspired move from substitute Gime Toure saw him glide in from the left wing, before curling the ball beyond Butler from the corner of the box. 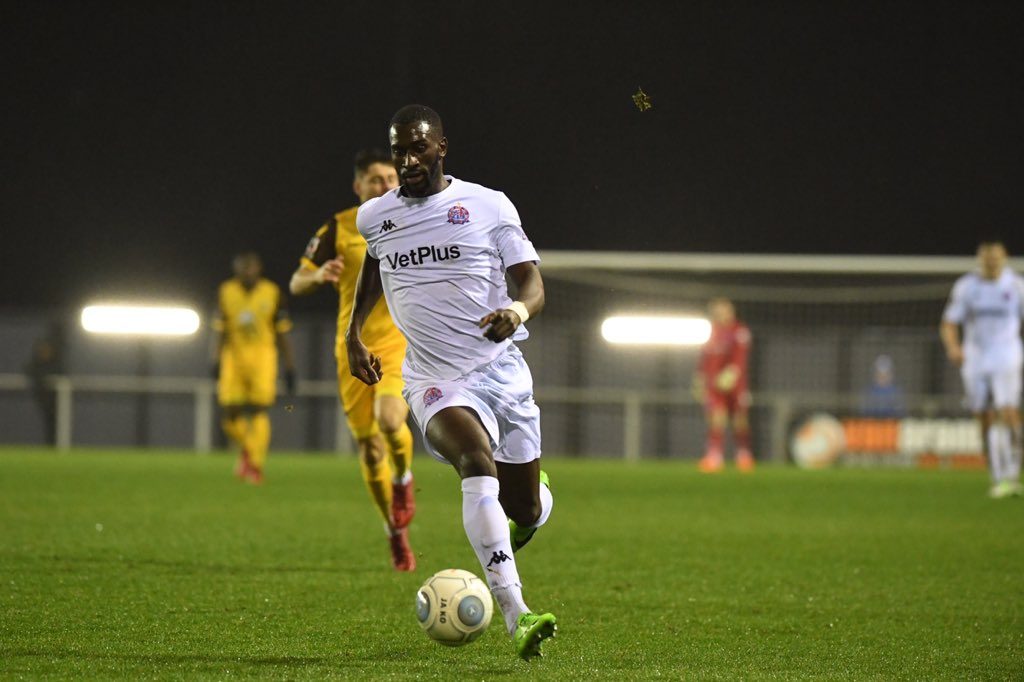 It capped off an exciting introduction to the game for Toure, who had found himself in pockets of space repeatedly with clever touches, linking up nicely with Danny Rowe.

The Coasters weren’t able to hold on to the lead, however, and Sutton United introduced their own substitution to make a difference in the shape of Kieron Cadogan.

Jamie Collins sent a long ball into the box, which Aswad Thomas managed to head into the path of Cadogan who caught the ball sweetly, sending the travelling fans into a deafening roar with his astute finish.

Fylde were hopeful of more Mill Farm late drama, and Hemmings came off the bench full of energy, trying to take the full Sutton United team on late into injury time.

He worked the ball wide, but Sutton were resolute, and before long the whistle had gone, with The U’s heading back to the capital with a hard-fought point.

“It was never going to be a great game, conditions were difficult, and a game that probably suited them more than us in terms of the style,” said Coasters Manager Dave Challinor to the club’s media team.

“But the first half we’ve scored one, despite two one-on-ones and hitting the crossbar without us being great.”

“I said at half-time that, if technically we aren’t great, then the other parts of the game have to be spot on, in terms of physicality and concentration.”

“The goals are a carbon copy of each other, going through a string of bodies, and it’s disappointing – you can’t be needing three goals to win a game.”

“If we’re going to be contenders rather than pretenders, then it’s these games you need to win.”