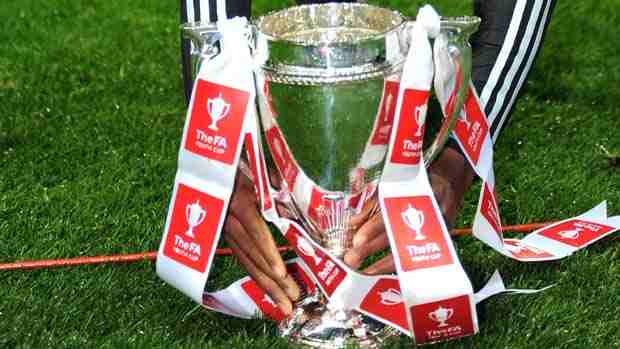 AFC Fylde’s Youth Team are through to the Third Qualifying Round of the FA Youth Cup for the second successive season after coming through another eight goal thriller at Kellamergh Park on Monday night.

Brighouse Town were the visitors in this round and, just as in the last round, Fylde won 5-3 in a tight and tense Second Qualifying Round encounter.

Ryan Charnley bagged himself another brace with a goal in either half with Cory Bent also netting in the first period.

Isaac Baldwin pulled it back to 2-2 a minute after the break when he scored either side of half time but Fylde were out of sight by the time he completed his hat-trick with a minute to go thanks to further goals from Regan Linney and Joe Brown.

The visitors will be left to rue missed opportunities as they struggled to find the killer instinct in the final third despite creating countless good chances.

But Fylde took the lead when Bent was brought down in the box by Kurt Harris and Charnley sent Harry Stead the wrong way to score his first from the spot.

It was soon 2-0 when Bent grabbed one of his own two minutes later at the second attempt after Stead stopped his first chance but the rebound fell kindly for him to tap into an empty net.

It could easily have been 3-0 on 16 minutes but Charnley watched in agony as his 30 yard strike bounced in front of the line off the crossbar and back into play.

Then began a long period of Brighouse pressure but despite doing all the hard work around the box countless chances for Jack Normanton, Tim Wallace and Callum Charlton couldn’t find a way past Squires.

But in stoppage time, Baldwin finally got the better of the Fylde defence to score his first and set up an interesting second half.

And that second half got even more interesting as within seconds of the restart, Baldwin smashed in a rebound from Squire’s initial save to level the score.

It was end to end early in the second period but Fylde eventually re-took the lead through an excellently taken free kick from Charnley on 58 minutes.

And eight minutes later it was 4-2 when Linney burst through two defenders to side-foot a strike past the outstretched Stead.

Soon after that Brighouse lost Harris to his second yellow card meaning the visitors were down to ten men and five minutes later it got even worse when Jack Cooper saw a straight red for a dangerous lunge on Jake Higham.

But, with two minutes left on the clock, the game saw another two goals. Firstly, Brown put the result beyond any doubt turning in Fylde’s fifth before Baldwin completed his hat-trick with the goal of the match – straight from kick off he picked up the ball out wide, ran down the win and unleashed an bullet into the top corner.

Manager Stewart Clitheroe was pleased his side came through a difficult match unscathed and praised his side’s work ethic after the game: “It was a totally different game to the previous round against Witton. We didn’t come out of the traps and we ended up 2-0 up.

“They were a very strong, physical side, that put us to the test and there were chances at both ends but we’ve just got to learn to shut shop a little bit more.

“With our front four we’ll create chances and what we need to do is be aware of teams that are going to come here and attack us. 2-0 down after 12 minutes they had nothing to lose and they were quite a decent side.

“We rode our luck in the first half but from the moment they equalised in the second I thought we were on top from then on and I thought there was only us going to win the game.”

The youngsters will enjoy yet another home tie in a few weeks time as they welcome either Chester FC’s Academy or Irlam’s U18’s to Kellamergh Park in the final qualifying round knowing they have a fantastic chance of progressing to the First Round Proper.