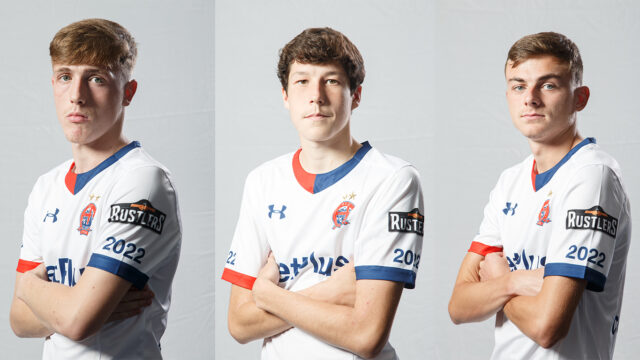 The three youngsters all signed one-year deals at the end of last season after an impressive 2020/21 campaign for the Academy and will now head out on loan to aid their development further.

Walder, Jones & Long were members of the team that went on to reach the FA Youth Cup Fourth Round last season, beating Football League outfits Morecambe, Sunderland AFC & Cambridge before exiting the competition against Chelsea.

Maine captained the youth team throughout last season and led his side to the North West Youth Alliance League title, while Harry & Rhys played instrumental parts in the fantastic cup run and title-winning campaign.

We would like to wish Maine, Harry & Rhys the very best of luck during their time with Clitheroe.