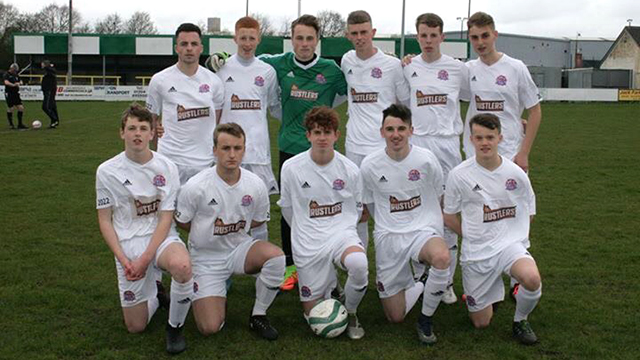 AFC Fylde’s Under 17s suffered last minute heartbreak as they went down 3-2 to Stockport Georgians in the John Gardner Memorial Cup Final.

In a tight first half, it was a Fylde who edged it, playing some slick football but lacked that bit of quality in the final third and went into the break goalless.

The second half started in the same vein with the Coasters asking questions of their opponents and that paid dividends on 53 minutes when Jordan Ainsworth pounced from close range to open the scoring.

However, the lead was relatively short-lived as Stockport equalised ten minutes later – a free kick on the edge of the area creeping in the bottom left corner. The game was turned on its head moments later when a corner wasn’t properly cleared it was eventually drilled home to put the Georgians ahead.

The resolute youngsters kept going and were awarded a penalty for handball on 75 minutes. Despite a long delay, Ainsworth made no mistake from the spot to level the scores with his second of the game.

A frantic final 15 minutes ensued with both sides desperate for a winner and as the clock hit 90 minutes, Fylde hearts were broken. Another corner caused panic in the Coasters box and the ball was fired home to win it for Stockport.