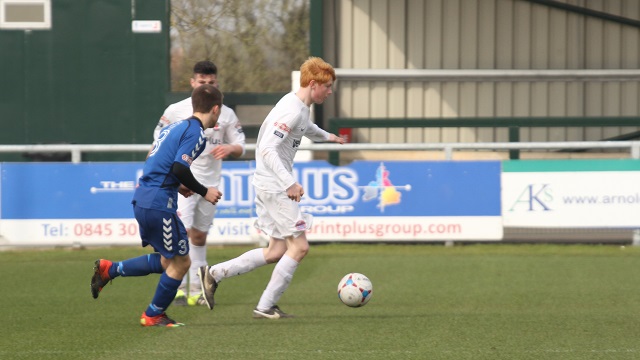 Sam Rigby’s penalty on the stroke of half-time was the difference between the sides in an entertaining contest that saw Curzon captain Benito Lowe sent off late on.

The Coasters will now face league leaders Chester Youth in the final.

Curzon had the first effort of the game inside the opening minute. Shenton flicked a header towards goal but Povey comfortably collected the striker’s attempt.

It was the visitors who created the better openings in the first half and threatened again when Lawman’s whipped cross evaded everybody when any sort of touch would have given Curzon the lead. 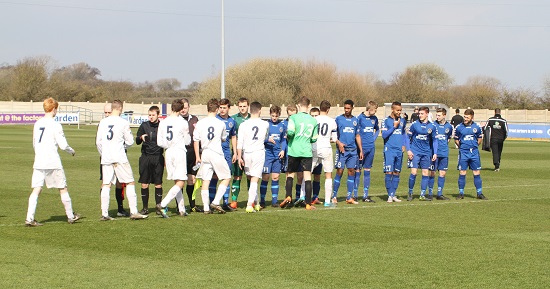 Hampshire was next to threaten for Curzon but his speculative effort was straight at Povey from thirty yards out. Amado then nearly connected with a McLaughlin corner.

Fylde were struggling to cope with the pace of the visitors attack and Curzon had another clear chance minutes later. Camara was played in down the right wing but his effort from a tight angle failed to beat Povey who stood up strong to the effort.

Amado did connect with another McLaughlin cross later in the half and went agonisingly close in the process. The midfielder’s header cannoned against the post and away, much to the relief of the young Coasters.

Rigby was Fylde’s driving force in the first half and he nearly gave them the lead after he was found by Wynne’s cross but he was closed down before he could get his effort in.

Fylde took the lead on the stroke of half-time from the penalty spot. Rigby was brought down inside the box as he looked to get a shot away and the Fylde number eight picked himself up and fired low into the right hand corner.

The goal was a blow to Curzon Ashton who nearly equalised immediately after the break, the ball went inches wide of the Fylde goal following a Curzon cross.

Fylde made a change to counter Curzon’s attacks and substitute Tugay brought new life into Fylde’s performance. The winger immediately combined well with Sloane down the right wing before bursting into the area but his shot was well saved by Latham.

Sloane then had a chance of his own to score but lashed his effort high and wide when played through on goal. 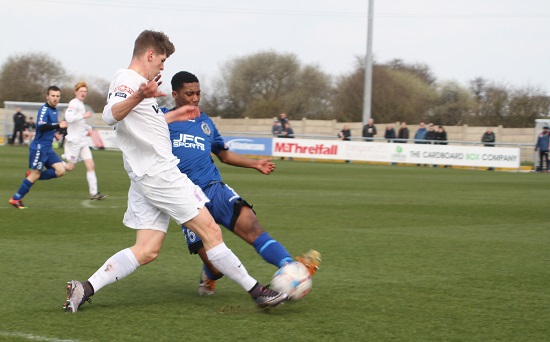 Tugay and Sloane were causing Curzon plenty of problems and the two combined yet again with just over ten minutes to go. After some silky skills, Tugay lobbed the ball towards the head of Sloane who flicked it towards goal but Latham gathered comfortably.

The Coasters’ number nine Sloane was a constant threat throughout and he nearly doubled his side’s lead inside the last ten minutes, cutting in from the left wing before dragging his long range effort narrowly wide of the near post.

Curzon were still very much in the game and they were denied an equaliser as Povey eventually claimed the ball on the line following a long throw-in from McLaughlin. In the aftermath of the attempt, with Curzon claiming that the ball had crossed the line, Curzon captain Benito Lowe was sent off for dissent – his second sending off in as many games.

Fylde looked to make their man advantage count as the game entered stoppage time, Tugay twice forcing Latham into stunning saves with a looping long-range volley and a powerful strike.

McLaughlin’s late free-kick forced Povey into a fingertip save deep into stoppage time as Fylde saw out the final few minutes to seal their place in the final.